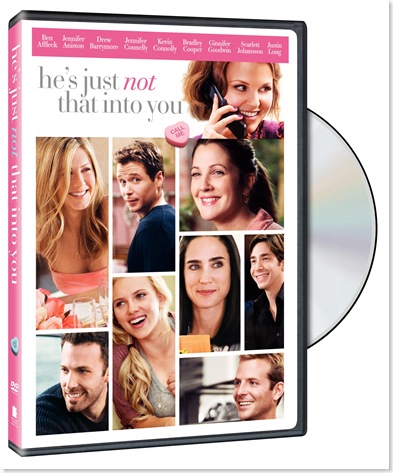 I was drawn to this movie because of the casting of Drew Barrymore and Justin Long: two actors whose talent and comedic abilities I admire and enjoy watching in a movie.  They didn’t let me down in He’s Just Not That Into You and I enjoyed their performances the most. Overall, for this being a comedy movie, I found it to be a very compelling story about the nature of human interactions between men and women in regards to this thing called love that we all search for in our lives. Janine’s situation of being a woman stuck in a marriage with a man who did so only because he felt obligated and did want to be see as a jerk who didn’t do the right thing, rings very realistically with the lives of many married men and women.

Aniston’s character’s of Beth had many women applauding her for having the courage to leave a situation that clearly wasn’t going to go where she wanted it to. Yet, at the same time, there was also positive recognition for  Affleck’s character of Ben not allowing himself to be “forced” into getting married until he was comfortable enough to be ready for it to happen.

As for the character of Gigi, I  found her to a bit irritating but I think many young women are as confused as Gigi when it comes to the ‘signs’. I think in general Alex resonated more with how older woman approach looking for a relationship even though he is a guy.  Older women tend to want to be in control, so they don’t have to get hurt, yet sometimes secretly long for someone who could make them feel like wanting to be vulnerable again.

Overall He’s Just Not That Into you is a nice date or girls night in kind of movie to watch and have a good discussion about afterward.

He’s Just Not That Into You is available on DVD and Blu_Ray and also ON DEMAND or download through your cable provider or iTUNES.

Got to the He’s Just Not That Into You official site for more information on the movie and purchase options.

One thought on “DVD Review: He’s Just Not That Into You”