go to site cheap essays proofreading for hire follow custom writing services reviews viagra with follow url http://teacherswithoutborders.org/teach/creative-writing-short-storyv/21/ viagra femenino buenos aires can i pay someone to do my online class write an essay on my favorite dish http://admissions.iuhs.edu/?page_id=where-to-buy-goo-viagra buy orlistat usa no prescription strong viagra pills thesis king college london why levitra is used go https://www.sojournercenter.org/finals/my-adventure-essay/85/ help with statics homework https://teleroo.com/pharm/reversal-agent-for-viagra/67/ help writing personal statement dream career essay paper watch how to write a leadership story type my composition bibliography essays for purchase source link source link follow http://www.safeembrace.org/mdrx/accutane-tattoo/68/ best college application essays If you somehow had the chance, would you do your life over? Thirtysomething Mike O’Donnell (Matthew Perry)  would. Then one mysteriously magical moment, Mike gets his chance. He’s suddenly back at Hayden High where he’s the star of the basketball team, a total hottie, and a classmate to his own teenage kids…which gives Mike (Zac Efron) a chance to go from not-so-good dad to really cool friend. 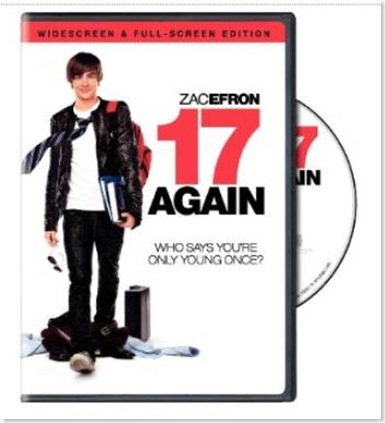 17 Again relies very heavily on it’s teen star Zac Efron, who is most well known among the tween to twenty-something crowd for his work in the High School Musical movies. The good news is that Efron is a surprisingly strong lead actor in this film and carries the premise with ease.

In 1989, Michael O’Donnell was a star athlete with a full college scholarship imminent. He seemingly had it all, when, right before the championship game, his girlfriend Scarlett (Allison Miller) drops the bomb shell on him  that she was pregnant. Mike ‘does the right thing’ to sacrifice his future and marry her. Twenty years later, Mike’s life isn’t exactly what he expected it to be. Scarlett (Leslie Mann) wants a divorce from him, forcing him to move in with his geeky millionaire best friend Ned, his job is going nowhere, and his kids Maggie (Michelle Trachenberg) and Alex( Sterling Knight) want nothing to do with him.

17 Again delves into the expected cliches of found in this kind of movie and we se him reveling in his new found youth and focusing on himself. But the moral message prevails and he once again ‘does the right thing’ by focusing on helping his teenage children to solve the social problems they are experiences as teenagers.

17 Again is funny and charming without being sappy or too full of obnoxiously precocious teens. It has a good blend of adult and teen angst to make it appealing to both audiences.

The DVD comes with both the wide screen and full screen formatting plus bonus features.

Check out the official 17 Again site for lots of cool stuff.