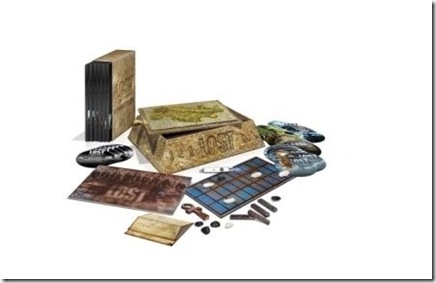 Both LOST: The Complete Series and LOST: The Complete Sixth Season will be released on August 24, 2010.The big question is in regard to the complete series package – to wit, what the heck is in it? The official word from Disney follows the jump [note that there is no mention of the sixteen-minute epilogue that has been rumored].

– Every Episode in the Series (Seasons 1 through 6);

– A unique series of featurettes that takes viewers on very personal tours of Oahu where the series was created, with key cast and crew as they reflect;

– Exploring the global phenomenon that is Lost, bonus showcases events ranging from the series cast and crew at San Diego’s famed Comic-Con convention to international voice recordings, local events and even fan parties, all of which helped make the show into a worldwide favorite;

– A closer look at some of the props with cast, writers and producers, exploring their significance, stories and emotional ties to the characters;

– Humorous yet emotional look at every character who died on the series;