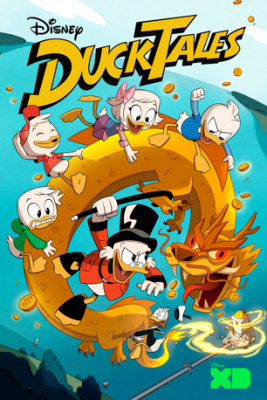 Disney Channel has ordered a third season of Duck Tales pror to the premiere of the show’s second season.

DISNEY CHANNEL HATCHES A THIRD SEASON OF EMMY® AWARD-NOMINATED ‘DUCKTALES’ PRIOR TO ITS SEASON TWO PREMIERE SATURDAY, OCT. 20, ON DISNEY CHANNEL AND DISNEYNOW

News of the season three pick-up was revealed today in a video featuring Pudi, Schwartz and Moynihan recording together for the first time.