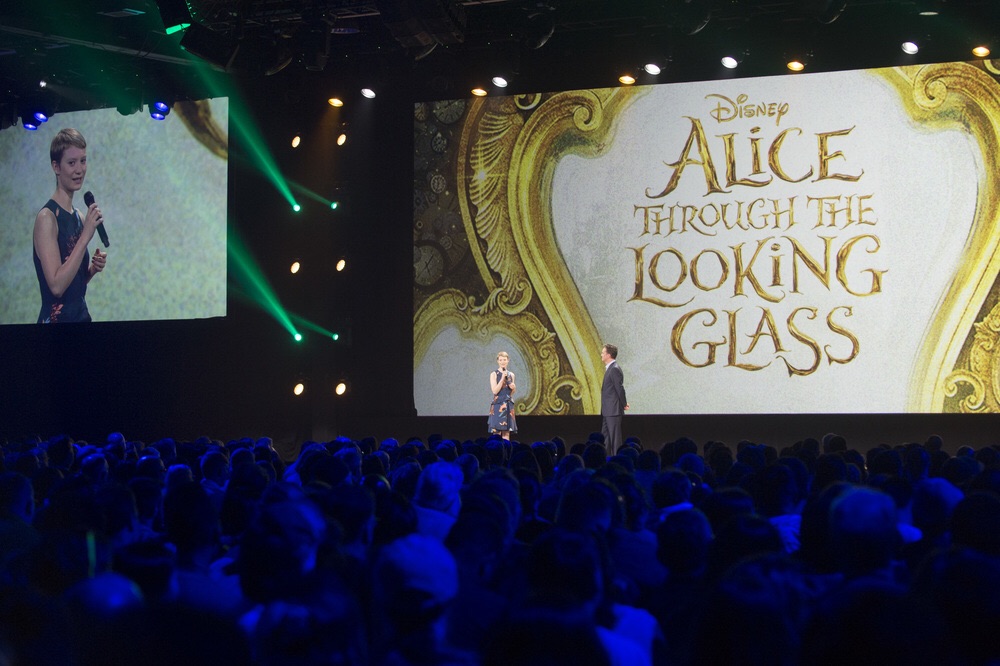 Disney’s emphasis on empowered women began in earnest in 2010, according to President Sean Bailey, thanks to the billion reasons offered by Frozen.

The director’s chair will be filled out by Muppets Most Wanted‘s James Bobin, and produced by Tim Burton.

The big addition to the ensemble is Sacha Baron Cohen, who will play Time itself, in a film that will throw Alice into various time periods, allowing us to see these characters at different stages of their lives. That means we’ll see what gave Mad Hatter his prefix, for starters, in the Linda Woolverton scripted sequel.

Alice will be the only constant in the time travel adventure, in a race against Time, literally. The footage looks suitably bonkers, and Cohen’s Time features a masterful character design. Who doesn’t want a clock on their chest?

Fans will set their clock to the very important date of May 27, 2016 for the film’s release.