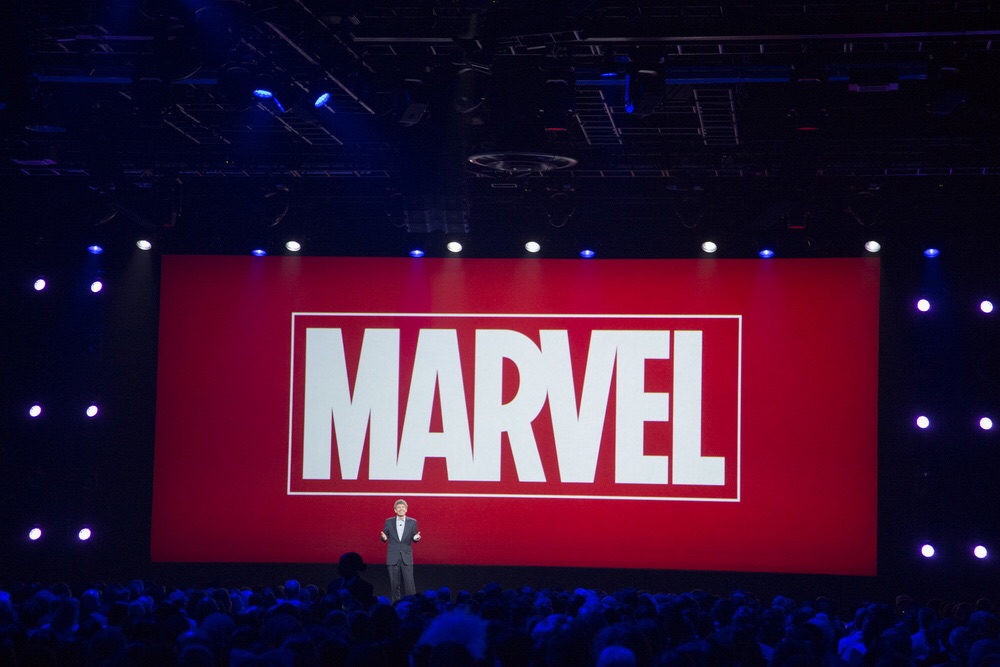 King of Dad Jokes and Walt Disney Studios Chairman Alan Horn was our host, taking the stage after a sizzle reel cutting together bits from EVERYTHING, ending with Han Solo’s now infamous line at the end of the Star Wars: The Force Awakens, “Chewie, we’re home.”

That line could be Disney’s company motto, one expertly grafting nostalgia and modern technology for mass audiences. The same can be said of Marvel Studios, who gave D23 audiences the first look at their Phase 3 slate, Doctor Strange and Captain America: Civil War. 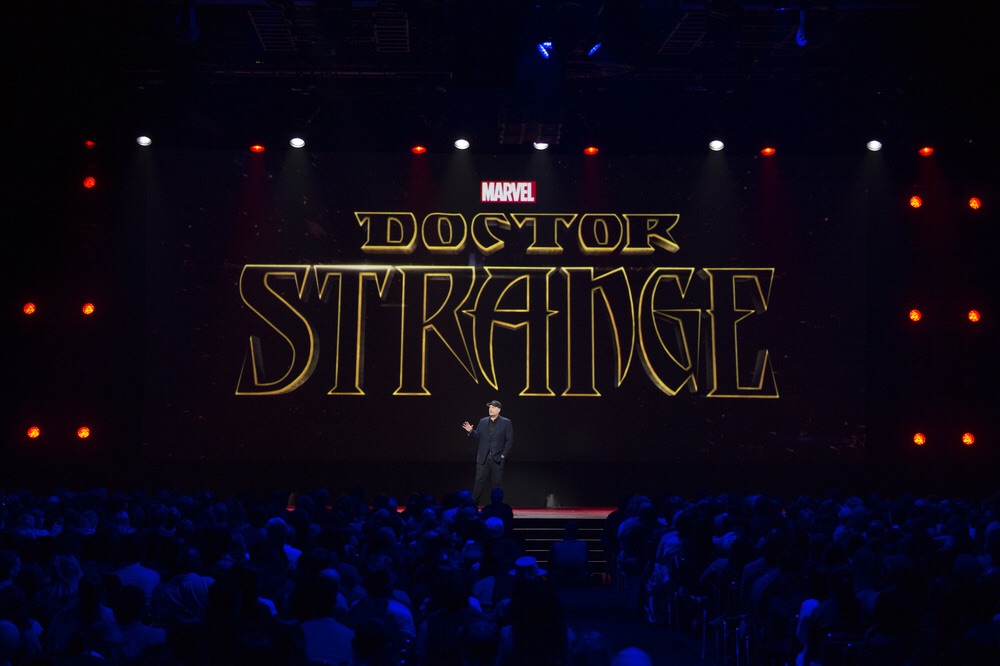 Doctor Strange, directed by Scott Derrickson, has been worked on since before the inception of the MCU, and according to Feige, will expand what a Marvel film is, “pushing boundaries,” like what the comics did.

Benedict Cumberbatch was busy acting in a production of Hamlet across the pond, but in a pretaped segment, promised multiple dimensions and astral projections.

The film doesn’t start shooting until November, but Feige gave us a glimpse of storyboards in motion, featuring the look and feel of the film. I was struck by a slightly darker color palette than I expected, but Doctor Strange’s signature cloak look appears to be mostly in attack. The film appears to be following Stephen Strange’s comic book origin: a brilliant neurosurgeon gets injured in a car accident, and travels to Tibet to heal, where he’ll encounter the Ancient One, played by Tilda Swinton. Then craziness happens, with what looks like a TON of different worlds and dimensions, finishing with a Dragonball Z like display of power from Doctor Strange. It doesn’t look AS trippy or colorful as Jack Kirby would make it, but it doesn’t look drab and dystopian and Man of Steel-y. 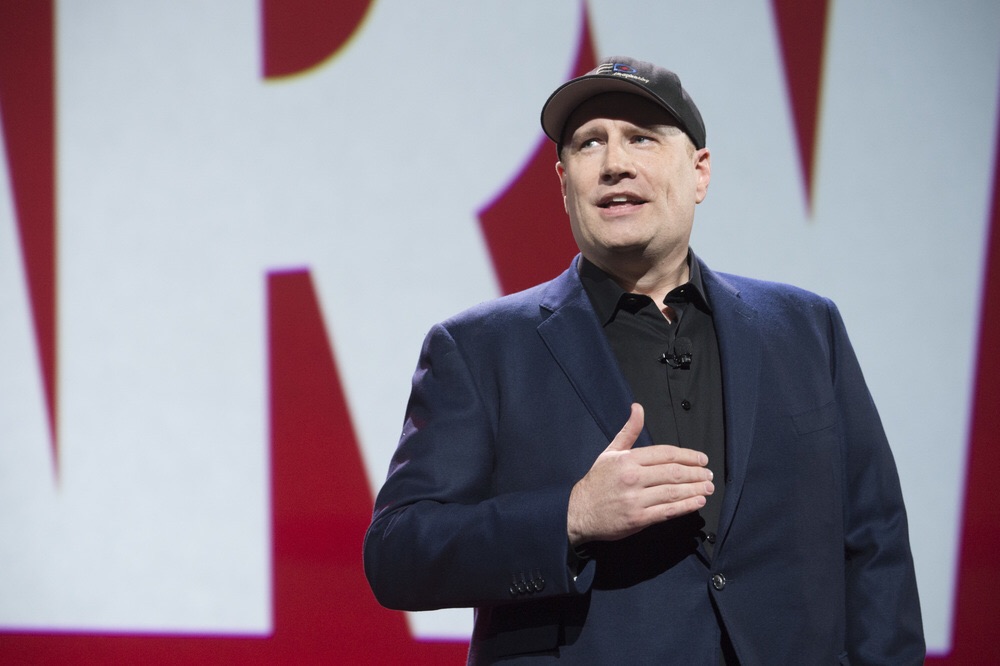 Plus, if you believe every time Alan Horn and Kevin Feige called the movie crazy and weird and well, strange, then maybe Marvel is playing the wackier elements closer to the vest.

With Captain America: Civil War, Marvel is going all-out. As Feige says, the film, adapted from one of the most “popular” comic books in recent years (I put popular in quotes because I find that to be an egregious statement), is a “culmination of everything that’s come before.” 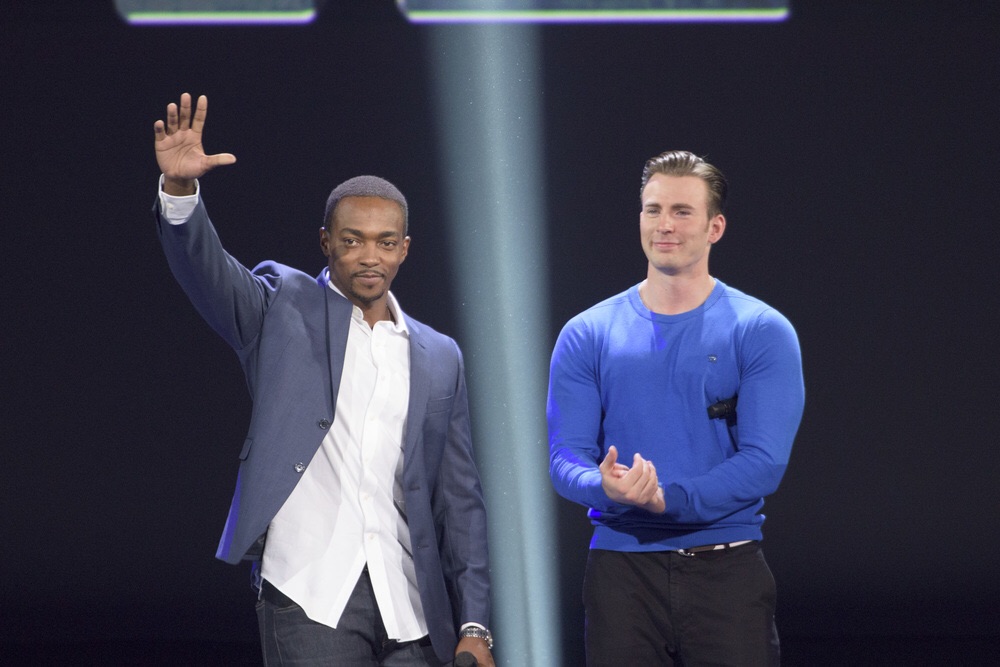 Then, Captain America himself, Chris Evans, and Falcon, Anthony Mackie, crashed the stage and teased the premiere of the first trailer. Evans was as giddy as I’ve ever seen him, “It’s so good. I love it,” he cackled, right before the lights dimmed.

Takeaways from the footage:

-Black Panther looks amazing, and has some slick claws.

-Black Widow and Hawkeye get in a tussle, and Natasha asks, “Are we still friends?” Clint responds, “Depends on how hard you hit me.”

-At one point, Tony mentions he’d love to punch “you in your perfect teeth,” to Steve Rogers.

-Bucky is a big part of the proceedings, and remembers Steve, and certainly joins his side in the upcoming Civil War.

-William Hurt’s General Ross is leading the charge against superheroes, labeling them vigilantes, with Tony Stark on his side. While imperfect, Cap trusts them to do their best.

-Crossbones and Cap go at it, and Crossbones is rocking a pretty thick armored suit, with blades on each arm, and a skull helmet covering his scarred face.

-Falcon has REDWING! But he’s not an actual bird like in the comics, but a bird-like robot. Still, it gives Falcon some fun techie toys.

-Paul Rudd’s Scott Lang steals the show, getting rudely awakened from a black van to find himself face to face with Captain America, and he’s hilariously awestruck, touching his biceps and saying “thinking you for thanking of me,” before correcting himself.

Marvel’s “Captain America: Civil War” picks up where “Avengers: Age of Ultron” left off, as Steve Rogers leads the new team of Avengers in their continued efforts to safeguard humanity. After another international incident involving the Avengers results in collateral damage, political pressure mounts to install a system of accountability and a governing body to determine when to enlist the services of the team. The new status quo fractures the Avengers while they try to protect the world from a new and nefarious villain.

All in all, while there’s a lot going on, it does seem slightly more cohesive than Age of Ultron, but we won’t know for sure until May 6, 2016. 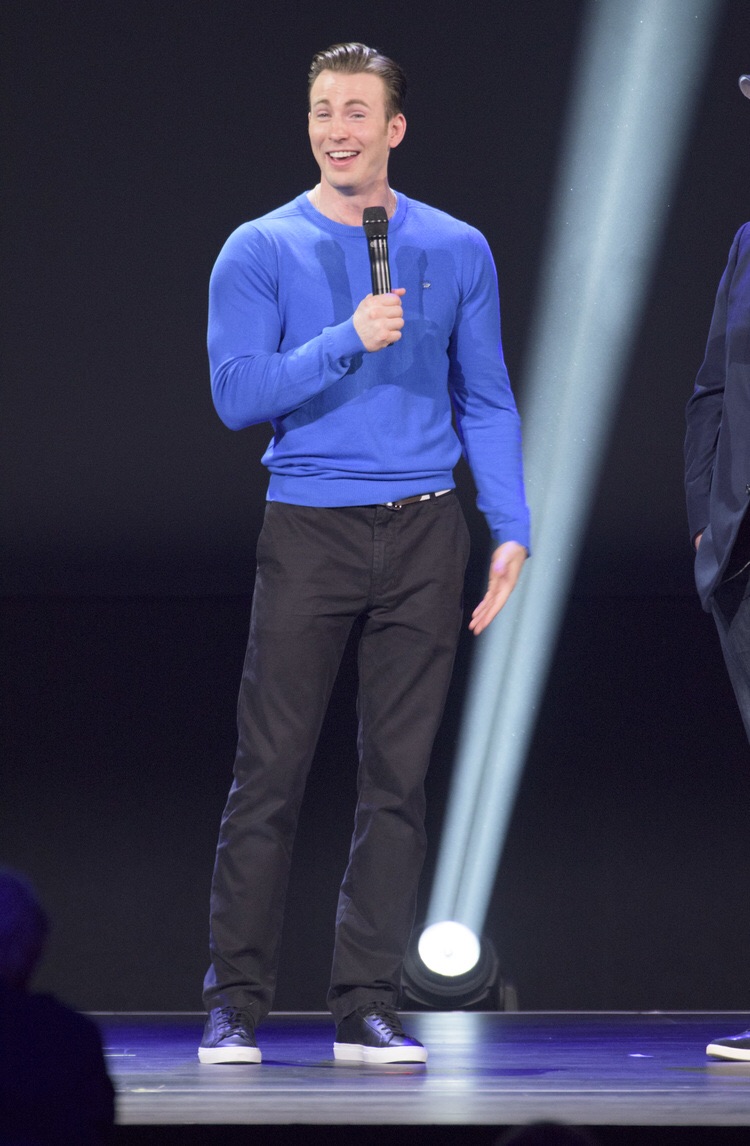