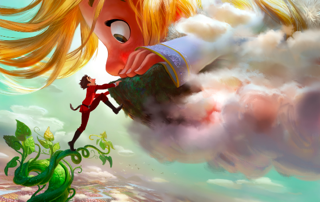 The first big announcement of D23 EXPO was that Disney was continuing its tradition of fairy tale adaptations, seeking to deliver the definitive version of Jack and the Beanstalk in the form of Gigantic.

Lasseter insists there hasn’t been a defining version of the story told to this point, but there certainly has been a bunch of adaptations of late, from Into the Woods and Jack the Giant Slayer.  But that obviously didn’t stop Lasseter from greenlighting Gigantic, a film from director Nathan Greno (Tangled) and producer Dorothy McKim (Get a Horse!). Lasseter hailed Gigantic as a “unique film,” with twists and turns on the familiar tale. 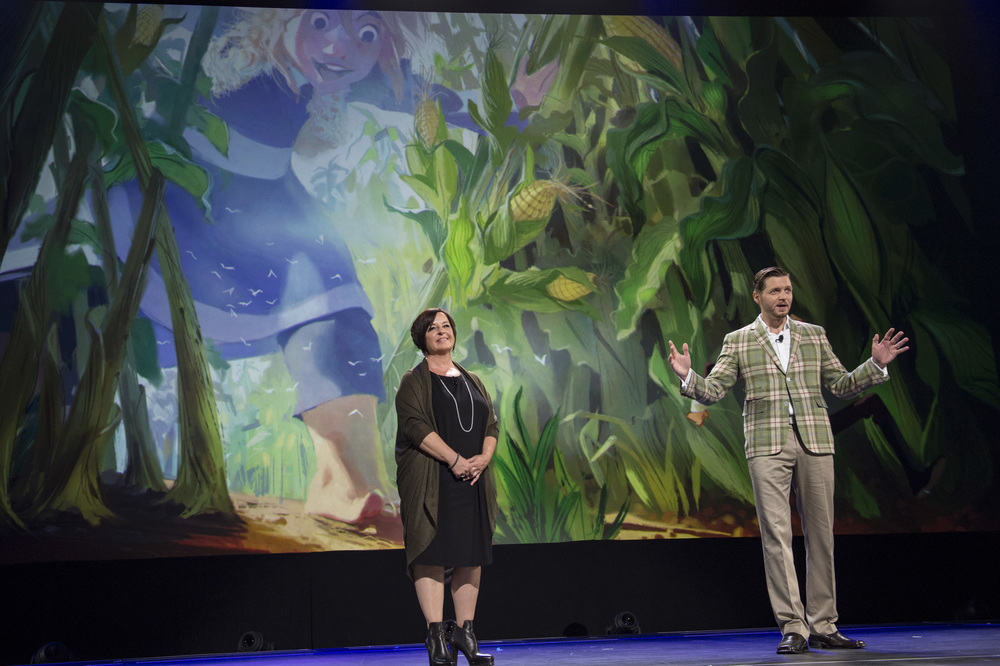 The film is set in Spain during the “age of discovery,” when the Spanish Armada was the most fearsome in the world, and Christopher Columbus, Vasco de Gama and other famous ship commanders set sail to explore (and, ahem, colonize) the world. To Greno, this is seen as the perfect backdrop for Gigantic, when their Jack makes the world’s biggest discovery after he climbs atop the beanstalk and finds not just one giant, but a world of giants filled with different kinds and cultures of giants. 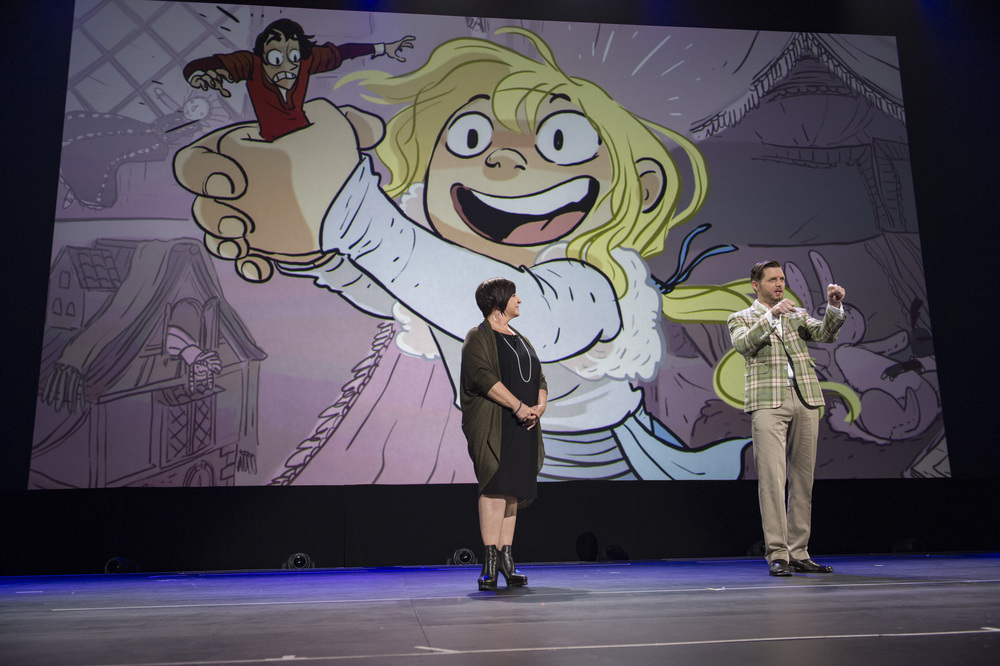 One of those giants is Inma, a 60 foot tall and 11 year old girl giant, who finds Jack and makes him her own personal toy. Inma was based on a girl Greno and company met in Spain while doing research for the project. 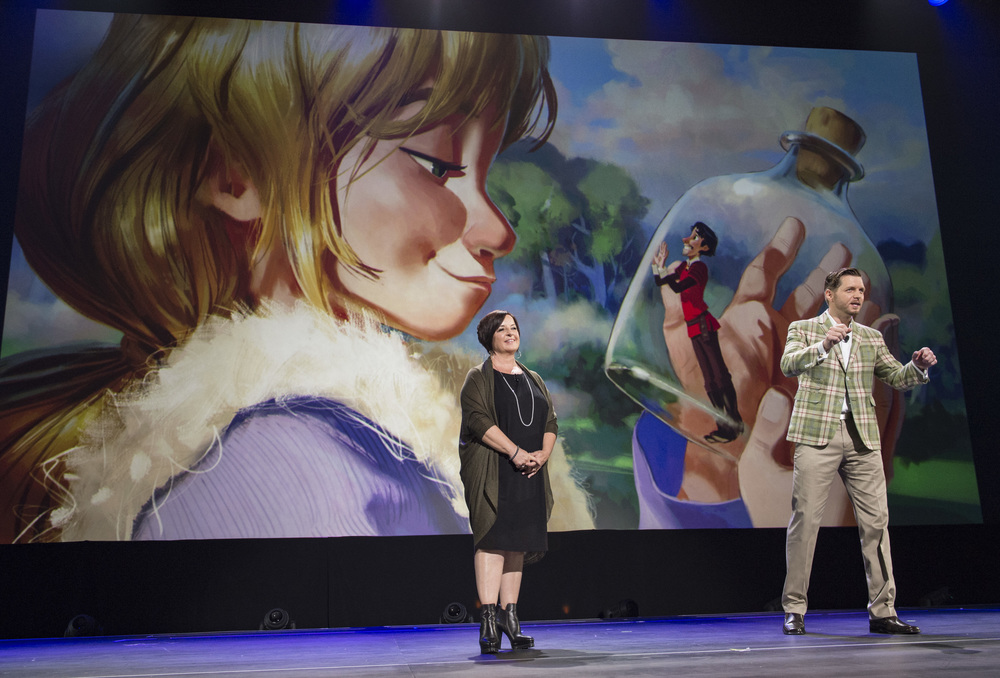 Inma and Jack will team up to combat the film’s adversaries, the 120 ft tall Storm Giants (below). 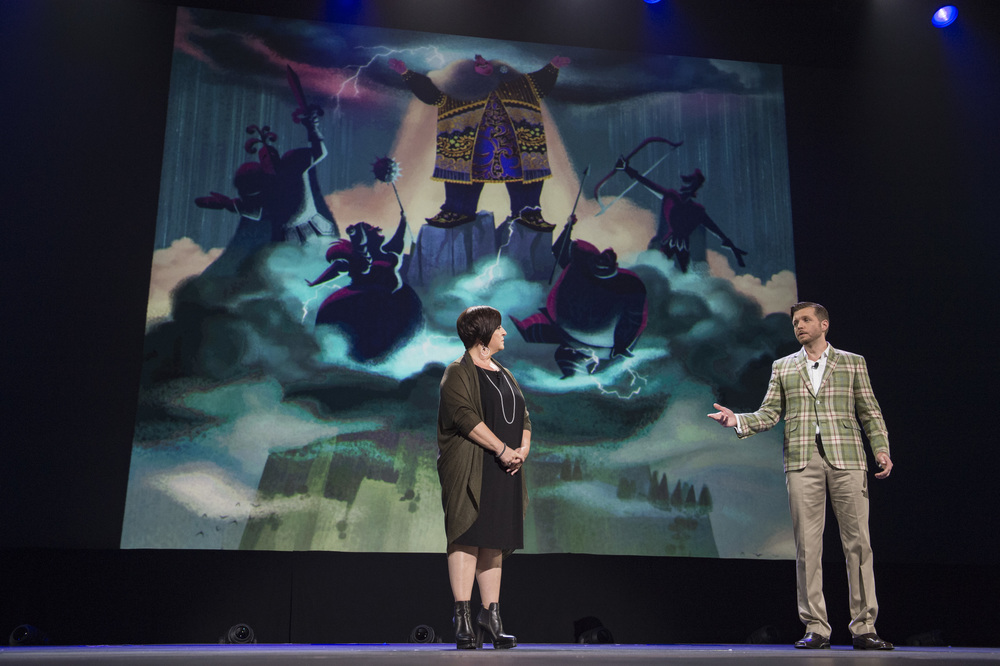 Greno colors Gigantic as an underdog story with deep emotion. In fact, he refers to it as a “tearjerker.” 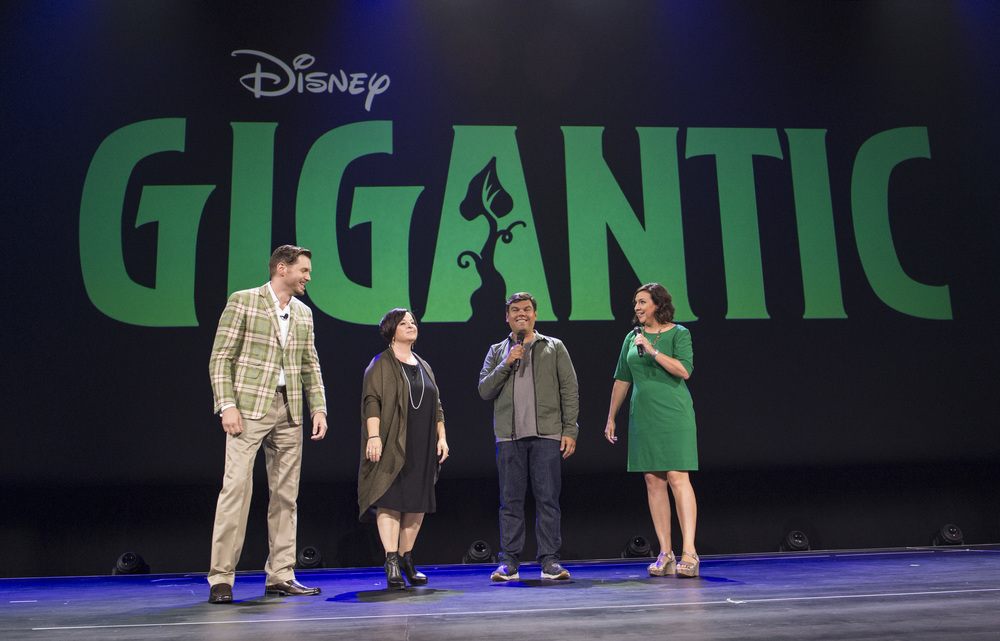 To back up his assertion, Disney has again teamed up with the Frozen songwriting couple Kristen Anderson-Lopez and Robert Lopez to write original songs for Gigantic. To give us our first taste, Kristen burst into song with her rendition of a song I’m going to haphazardly call “Little Man,” because that seemed to be the refrain from Inma, as she turned Jack into her play toy. Here’s the official description of the film from Disney:

Set in Spain during the Age of Exploration, Disney’s “Gigantic” follows adventure-seeker Jack as he discovers a world of giants hidden within the clouds. He hatches a grand plan with Inma, a 60-foot-tall, 11-year-old girl, and agrees to help her find her way home. But he doesn’t account for her super-sized personality—and who knew giants were so down to earth?

Expect much more about Inma and her little man before Gigantic arrives in theaters in 2018.