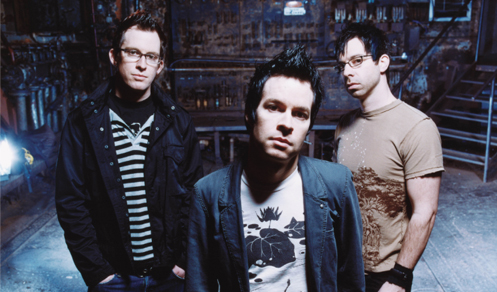 Chicago alternative hard rock trio CHEVELLE will return December 6 with HATS OFF TO THE BULL (Epic Records), their sixth full-length album. The album’s first single “Face to the Floor,” with its hypnotic, grinding riff, is one of the most explosive songs of the band’s career and is blanketing the airwaves nationwide. “Face to the Floor”–which rails against the corporate corruption of Bernie Madoff and Wall Street–is the greatest gainer at rock radio, entering the Top 10 at Active Rock and vaulting into the Top 20 at Mainstream Rock. The song also debuted at #2 on the iTunes Rock Singles Chart the week of release. As the #1 most added record at Active and Alternative Rock radio, “Face to the Floor” is a testament to the band’s songwriting prowess and eternal knack for a hit. Fans can pre-order the album now at: chevelleinc.com and on iTunes beginning November 1.

“It’s an angry song,” reveals lead singer PETE LOEFFLER about the inspiration for “Face to the Floor.” “The lyrics are about all the people who have been taken advantage of. I reference Bernie Madoff and his Ponzi scheme. He raked people over the coals, stole and is a terrible person. One day, these people have everything, and the next day it’s completely gone.”

CHEVELLE will celebrate the release of HATS OFF TO THE BULL with an appearance Thursday, December 8 on ABC’s “Jimmy Kimmel Live” (12/11c).

This summer, CHEVELLE hunkered down in a Los Angeles studio with producer Joe Barresi [Queens of the Stone Age, Coheed and Cambria]. During the sessions, nothing was off limits, and boundaries were non-existent. Rather than simply subscribing to a tried-and-true formula, they made a conscious effort to incorporate new sounds and textures into their patented airtight anthems. As a result, HATS OFF TO THE BULL is one of the group’s most infectious and impressive offerings to date.

“We’re a melodic hard rock band, but we wanted to expand on what that means. It’s really important to be aware of what you’ve done already,” says drummer and PETE’s brother SAM LOEFFLER. “We never want to write the same song twice. Pete writes 300 days a year. Joe encouraged us to try different instruments and techniques and he pushed us to continually play everything until it was right too. There are so many nuances as a result.” Those nuances come through loud and clear as a talk box echoes through the hard-hitting title track, reverb adds schizophrenic vitality to “The Meddler,” and an organ colors the acoustic “Won’t Be Left Out” with ethereal flourishes.

CHEVELLE preserve their underdog spirit on HATS OFF TO THE BULL and that attitude has characterized the band since its independent debut, 1999‘s Point #1. Shortly after bursting onto the scene, the group made its major label breakthrough on the platinum-selling Wonder What’s Next in 2002. The album spawned chart-topping hits “Send the Pain Below” and “The Red“, leading to high-profile tours like OZZfest. Meanwhile, their next effort, 2004‘s This Type of Thinking Could Do Us In, exceeded gold status and the follow-up Vena Sera bolstered their prominence even further. Most recently, the band scored its highest entry into the Billboard Top 200 with Sci-Fi Crimes in 2009 debuting at #6. 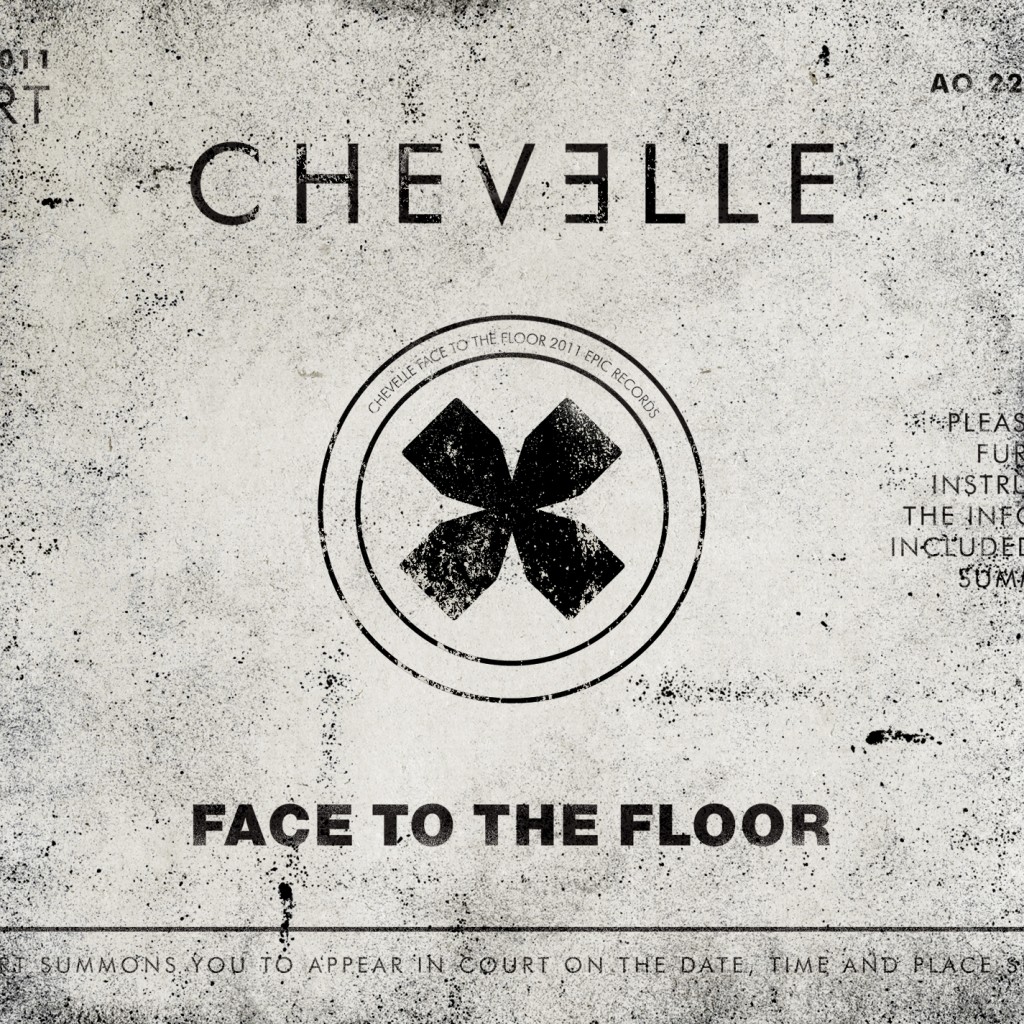 Artwork for CHEVELLE’s “Face To The Floor”

Chevelle: Hats Off To The Bull will be available December 6th, 2011 on the Epic Records label. Chevelle has released their single “Face To The Floor” which can be heard on their webpage at http://www.chevelleinc.com/ or on Soundcloud at: http://soundcloud.com/chevelle-1