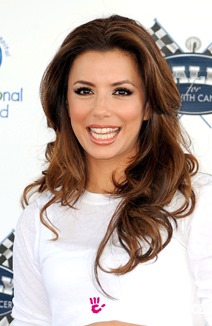 Desperate Housewives star Eva Longoria has signed on to play Sophia – a defence attorney who catches Jake’s attention when they find themselves on opposite sides in court. Longoria’s arc will cover three episodes.

Golden Globe Award nominee Eva Longoria (“Desperate Housewives”) will guest-star on BROOKLYN NINE-NINE for a three-episode arc this season on FOX. She will play SOPHIA, a defense attorney who catches JAKE’s (Andy Samberg) attention when she faces off against him in court.

BROOKLYN NINE-NINE is produced by Universal Television, 3 Arts Entertainment and Fremulon. The series is created and written by Dan Goor  and Michael Schur. The series is executive-produced by Goor, Schur and David Miner. The pilot was directed by the team of Phil Lord and Chris Miller. “Like” BROOKLYN NINE-NINE on Facebook at Facebook.com/BrooklynNineNine. Follow the series on Twitter @Brooklyn99FOX and join the discussion using #brooklyn99. See photos and videos on Instagram by following @Brooklyn99FOX. Through the FOX NOW app, FOX viewers can watch full episodes of their favorite FOX shows on a variety of digital platforms, while enjoying enhanced interactive and social capabilities around those shows. Download the FOX NOW app at www.fox.com/foxnow.