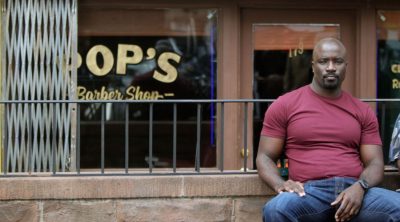 Luke Cage lives in Harlem so his series has got to be authentic.In one sequence he’s dressed by Dapper Dan; stars like Faith Evans and Rafael Siddiq play in Cottonmouth’s club, Harmlem’s Paradise.

Netflix has released a featurette entitled Street Level Hero that focuses on the character’s (and the show’s) authenticity. Check it out after the jump.