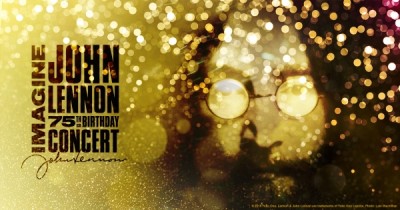 AMC is celebrating the life and music of John Lennon with an all-star concert – Imagine: John Lennon 75th Birthday Concert – which will air on Saturday, December 19 (9/8C).

Televised Special of the Concert Event will Air Exclusively on AMC Saturday, December 19 at 9:00 p.m. ET/PT

FOR IMMEDIATE RELEASE – In honor of what would have been John Lennon’s 75th birthday, AMC is airing Imagine: John Lennon 75th Birthday Concert, an all-star concert event celebrating the music and message of the legendary music icon. The one-night-only concert event that took place at the Theater at Madison Square Garden on Saturday, December 5th will air exclusively on AMC on Saturday, December 19th at 9:00pm ET/PT.