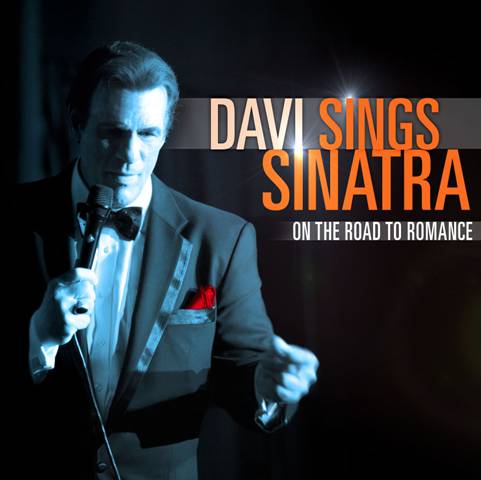 Robert Davi is most known for his many appearances in television and film. What he’s not so well known for is his passion for singing. Well now Robert Davi is finally able to put his singing talents to use on his upcoming debut album entitled: “Davi Sings Sinatra On The Road To Romance” which is set to be released late October 2011. Here’s the press release with the additional details:

TO THE CHAIRMAN OF THE BOARD IN MAJOR DEBUT RECORDING

DAVI SINGS SINATRA: ON THE ROAD TO ROMANCE

There are actors who can sing, and singers who an act and iconic screen star Robert Davi is known in inner circles as the “singer who can act.” Davi, who studied opera as a young man, always intended to make singing his career, but as fate would have it his screen career took flight and there was no looking back. Now after 100 movies with remarkable diversity, hit television credits and his directorial film debut, Davi is returning to his first love, making his major recording debut with a tribute to his mentor the legendary Frank Sinatra. DAVI SINGS SINATRA: ON THE ROAD TO ROMANCE is scheduled for release October 24, 2011 on Sun Lion Records, distributed through Fontana/Universal Music.

The project came together under the guidance of Disney Music Group Chairman Bob Cavallo and was produced by the legendary 14 time GRAMMY Award winning and 33 time GRAMMY nominated producer Phil Ramone. Recorded with a thirty piece orchestra at the famed Capitol Studios in Hollywood, where Sinatra recorded many of his albums, Davi Sings Sinatra has all new arrangements by Nic Tenbroeck and was engineered by Dan Wallin. It was mixed by the incomparable Al Schmitt, who has 18 GRAMMYS and more that 150 gold and platinum selling albums to his credit. States Schmitt: “Robert sounds like he’s been singing these songs all his life. His phrasing and uniquely beautiful baritone voice blend perfectly with the arrangements and the result is what great music is all about.”

As an actor, Davi has been compared to the likes of Humphrey Bogart, Robert Mitchum and Lee Marvin. He has worked with the biggest names in Hollywood, from Marlon Brando to Clint Eastwood, appearing in such movies as Die Hard, Showgirls, The Goonies and considered one of the top three Bond villains of all time in License to Kill. His television credits are just as vast, starting with the hit NBC television series Profiler and continuing with Stargate: Atlantis and most recently Criminal Minds. In making his directorial debut and starring in the 2007 award winning film The Dukes, about a one-time rock stars now on hard times, Davi showcased his singing ability. However, it was his motion picture debut in Contract on Cherry St., which made the most profound impact of all—sharing the screen with Frank Sinatra. And now “it’s time for me to go home,” Davi says. “To spend time with my first love, singing and at the same time pay tribute to the legend who was my greatest mentor and the man who was very dear to me.”

Backed by a 50-piece orchestra, Davi has been performing Davi Sings Sinatra to sold out audiences and high critical acclaim in New York and Los Angeles. For further information go to www.davisingssinatra.com.

Robert Davi: Davi Sings Sinatra On The Road To Romance will be available on October 24th, 2011 and more news about the upcoming album can be found at: