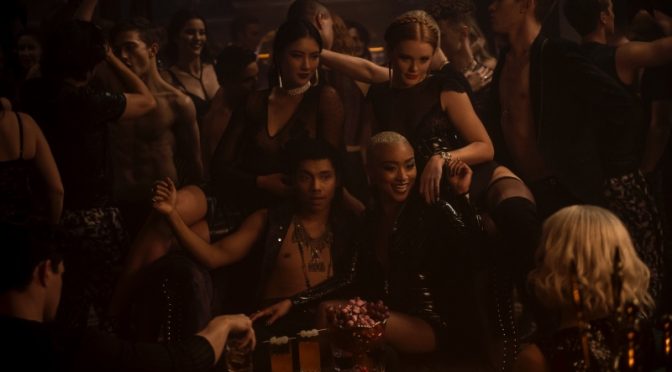 After the harrowing events at the end of part one of the Chilling Tales of Sabrina, we were left with a lot of questions and shattered little hearts. Now Netflix is dropping the back half of Season 1, April 5th and I can’t wait. Luckily Netflix gave me access to a few episodes so I don’t have to.

I really hate it when TV networks (can I call Netflix a Network?) split seasons into 2 parts. Not only does it break the flow but then it always feels like all the tension needs to be slowly ramped back up as well, as if it’s a new season. Sort of like intermission at Musicals. You get the rousing show stopping moment right before the curtain closes and then after 15 or 20 minutes you start again.

I love the fact that we have these powerful, strong, self-confident young women who aren’t scared to speak out against gender inequity whenever they see it. Sabrina wears its gender politics on its sleeve and isn’t afraid to shove it your face. In the first 6 minutes of part 2, ep 1 we have Susie (Lachlan Watson ) upset that she can’t play Basketball and Sabrina challenging the patriarchal tradition that only Boys are allowed to run for Top Boy (their equivalent of Class President). 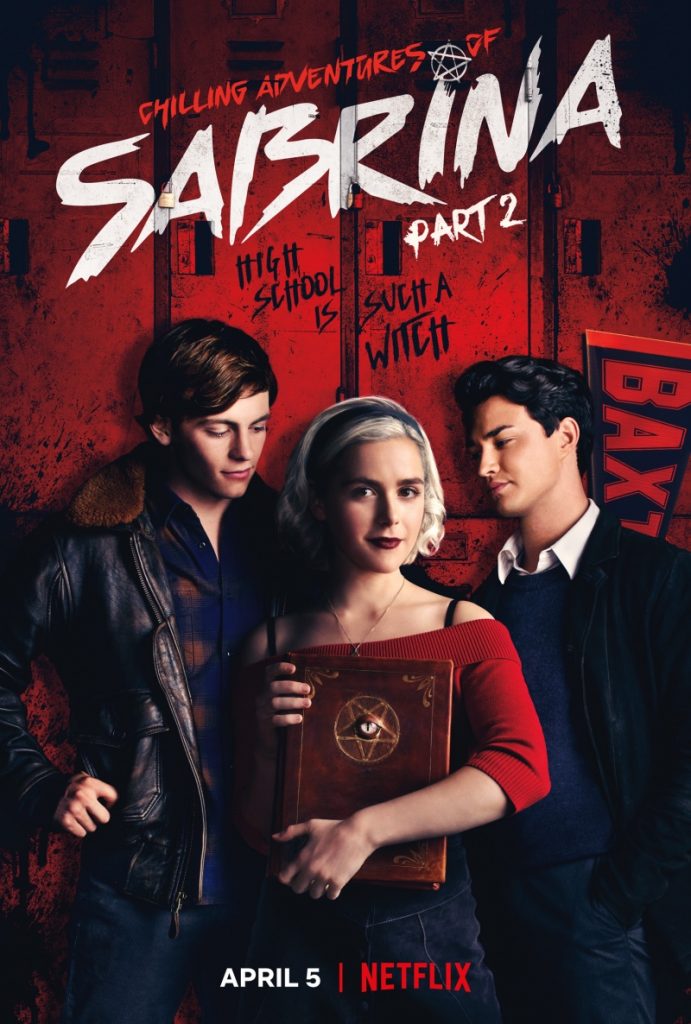 Father Blackwood (Richard Coyle ) of course isn’t going to stand for this and do whatever he can to make Nicholas (Gavin Leatherwood) take Sabrina’s challenge seriously. Prudence (Tati Gabrielle ) is still trying to earn her father’s approval and is clearly jealous of her new baby brother Judas. This will most likely lead to Prudence doing something she shouldn’t.

Zelda is now teaching at Spellman and in the human world, Mrs Wardwell (Michelle Gomez ) is now principle of Sabrina’s (Kiernan Shipka) Baxter High. and her friends are doing whatever they do. Mainly trying to protect Susie from bullies while she tries to be on Harvey’s (Ross Lynch ) Boys Basketball team. Hilda (Lucy Davis ) is scared Sabrina is going down a dark path and thinks she should go back to Baxter because her human friends will keep her grounded.

The two things I hate is it looks like the show is going to go for the really tired, teenage love triangle between Harvey and Nick both vying for Sabrina’s attention. It also steps on its own women empowerment message when they have Prudence and her pose help Sabrina cheat during her quizzes and Sabrina casts a spell to help Susie be a basketball “super star.” Since it’s not a permanent spell, not sure what good this is going to do because Susie still won’t be able to play during a real game or even practice, I’m assuming this is going to lead to a conflict between Susie and Sabrina when she finds out how she actually got on the team. Oh and Susie is now going by the name Theo.

I wish they just showed Susie and Sabrina studying and training hard instead of blatantly cheating. It belittles the message they are trying to send and gives haters who hate this kind of stuff leverage to say see “Women don’t belong.” Don’t know what the writers were thinking taking this approach. Now, I’m not saying that it’s ok that Father Blackwood is trying to sabotage Sabrina at every turn, just that I wish she didn’t resort to his level and in Sabrina and Susie’s defense they don’t know that people are helping them.

Sabrina is also a wonderfully blasphemous show where a lot of their phrases are things like when new demon tells Sabrina he brings tidings of filth and disease or when “may the dark lord be with you both,” etc. It’s really refreshing, most shows that feature witch craft and devil warship still seem to tone it down and try and be fairly secular. I sort of wish the show got into a discussion of devil warship verses Christianity. However, it doesn’t need that “debate,” these people are proud to believe what they believe and doesn’t judge others.

This being a teen drama or is it comedy? Sometimes it’s really hard to tell. This show kind of defies categorization. At times Sabrina is serious buckets of blood horror, other times it’s a Teen Drama and occasional bouts of weird sarcastic wit. I love the unpredictability of it all and I think it helps that I’ve never seen a single second of the original series, so there’s nothing for me to “compare” it to or be “disappointed,” by.

I’m five episodes into part two and thought ep 4 was slow and felt like filler, but I’m really loving part 2, the break really did it some good. Unlike the wildly uneven first part, it now feels like everyone is on the same page and the writers know what they want the show to be and now going full steam ahead.