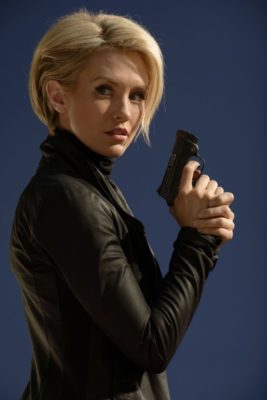 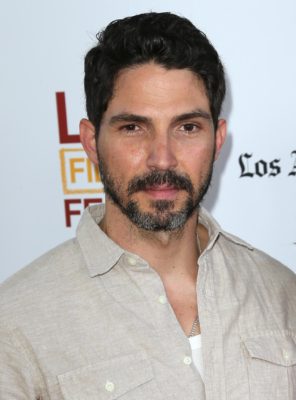 El Rey has announced the additions of Nicky Whelan and Maurice Compte to cast of its hit Dusk Til Dawn: The Series for season three.

Whelan will be familiar to El Rey fans for her work in the brilliant but canceled Matador, as well as House of Lies and The Wedding Ringer.

Compte has been featured on Breaking Bad and Narcos.

Also announnced today: the complete list of directors for the season – and the episodes they’re directing. For details, follow the jump.

June 7, 2016 (Los Angeles, CA / Austin, TX) – MIRAMAX® and El Rey Network released today the list of directors that will helm the 10 episodes of FROM DUSK TILL DAWN: THE SERIES season three.  Additionally, Nicky Whelan (House of Lies, The Wedding Ringer) and Maurice Compte (Breaking Bad, Narcos) have joined the cast of season three. Compte will play Brassa a mysterious Rasputin-like figure who takes on the Gecko brothers.  Whelan’s character will be revealed on air.

The list of directors includes several newcomers to the series including Eagle Egilsson, who is known for his acclaimed work as a cinematographer for The Wire and CSI: Miami, for which he was also a producer. Rebecca Rodriguez, sister and frequent collaborator of Robert Rodriguez, will make her television directing debut. Additionally, Executive Producer Diego Gutierrez (Warehouse 13, Without A Trace) will join this esteemed roster after having written episodes for FROM DUSK TILL DAWN: THE SERIES season two.

Directors who will be returning from past seasons include creator and executive producer Robert Rodriguez, Dwight Little (Halloween 4: the Return of Michael Myers), Alejandro Bruges (Juan of the Dead, ABC’S of Death 2), Eduardo Sánchez (The Blair Witch Project), and Joe Menendez (Ladrón que roba a ladrón).

The specific episodes for each director are as follows:

Maurice Compte can currently be seen as Carillo in Narcos. Next up is the action comedy Going Under with Bruce Willis, Jason Momoa and John Goodman.  Also being released in fall 2016 is The True Memoirs of an International Assassin, in which Compte stars alongside Kevin James and Andy Garcia.  Compte got his acting start when he was cast in the critically acclaimed film Before Night Falls (2000), directed by Julian Schnabel, starring Johnny Depp and Javier Bardem. He then starred in the cult-hit film All the Real Girls (2003) alongside Paul Schneider and Zooey Deschanel.  Compte’s other film credits include David Ayer’s End of Watch opposite Jake Gyllenhaal and Michael Peña, A Walk Among the Tombstones opposite Liam Neeson, Echo Park opposite Mamie Gummer, and Scot Armstrong’s directorial debut Search Party opposite Alison Brie, Krysten Ritter and T.J. Miller. TV credits include a recurring role on the multi Emmy Award winning hit series Breaking Bad starring Bryan Cranston.  Compte was born and raised in New Orleans and currently resides in Los Angeles with his wife and son.

Nicky Whelan returns to El Rey Network after starring in the original series Matador.  She recently starred in the twisted psychological thriller Rebirth. The film premiered at the Tribeca Film Festival and is set to release on July 15th.   A native of Victoria, Australia she made her acting debut in the hit Australian series Neighbours. Nicky?s further credits include the Farrelly brothers? Hall Pass; The Wedding Ringer; and Left Behind, opposite Nicholas Cage. Working this year with Terrence Malick in the film Knight of Cups. Her television credits include: House of Lies, Scrubs, Entourage, Friends with Benefits, Workaholics, The League, Satisfaction, Franklin and Bash, and House of Lies. She is also featured in the new Nespresso commercials starring George Clooney.

Season three continues the Gecko brothers’ saga as they fight their way through the world of culebras, the vampire-snake hybrids that control hidden empires in Texas and Mexico. Once the baddest outlaws in the land, Seth and Richie made a run for the Border two years ago to save their lives – and their fortune. They ran headlong into a bar full of bloodsuckers and bandits, facing off with the vampire goddess Santánico. The Geckos joined her cause, and they settled an old score. It won them a place in the culebra world. Now that world is about to explode, and new enemies are gathering – dark forces, hell-bent on destruction and domination. It’s up to the Geckos to stop them – but they can’t do it alone.