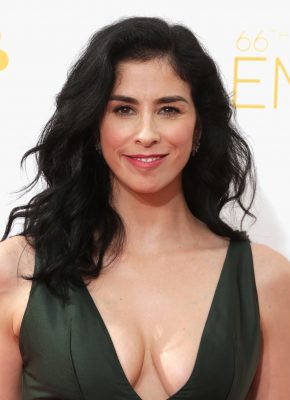 Hulu has given a new Funy or Die series – starring Sarah Silverman – a straight-to-series order.

The show’s working title is I Love You, America and would feature Silverman in a ten-episode order of a weekly half-hour topical show to discuss the current political/emotional landscape of the country.

We are excited to announce the straight-to-series pick-up of a new show from Funny or Die, starring Sarah Silverman.

From inciting treason to telling poop jokes, Sarah Silverman has created her fair share of online chatter, but with this show she’s looking to connect with people who may not agree with her personal opinions through honesty, humor, genuine interest in others, and not taking herself too seriously. While it’s great to connect with like-minded people, Silverman feels it’s crucial, now more than ever, to connect with un-like-minded people. She is teaming up with producers Adam McKay, Will Ferrell, and Funny Or Die, in creating a show setting out to expose the fact that we are all the same.  Oh, and it will be funny too.