Hulu has created a new award to reward adult animation – the Hilarious Animated Hulu (HAHA)  Awards. The awards recognize standard categories like Best New Show and Breakout Star of the Year, but also such non-standard awards as Best Fart Joke, Most Awkward Moment and Best Hangover. The first nominees include shows like Archer, Bob’s […] 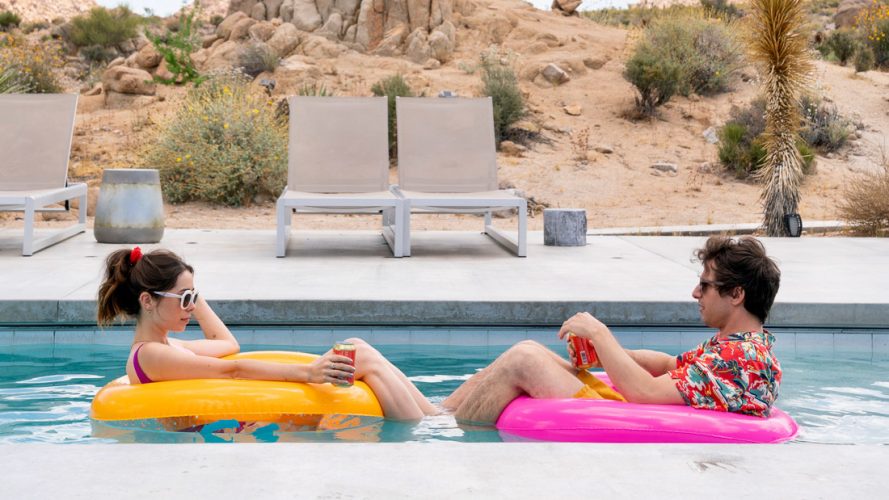 Hulu’s new film, Palm Springs, expands the kind Groundhog Day timeloop into a situation where more than one person is living one day over and over. In this case, the carefree Nyles (Andy Samberg) finds his timeloop expands when Sarah (Christin Milioti) somehow finds herself sharing his loop. Palm Springs premieres on Hulu on July […] 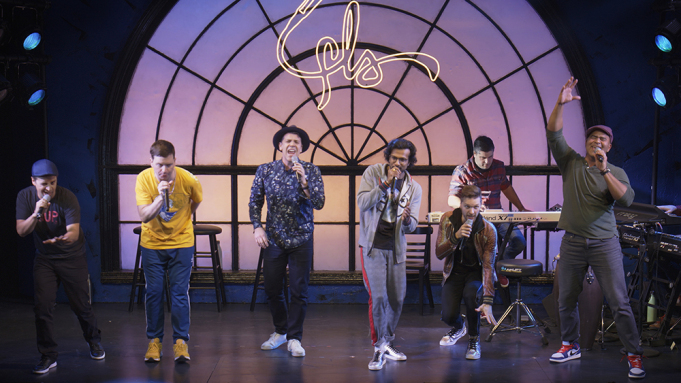 Hamilton did not arrive out of nowhere – years before Hamilton, Lin-Maneul Miranda and Anthony Veneziale were among the founders of Freestyle Love Supreme – an improv hip hop collaborative that played small venues, busked and did whatever they could to get to an audience. The Hulu Documentary We Are Freestyle Love Supreme chronicles the […]

A chance encounter at a Palm Springs wedding leads to complications in the Hulu Original Film, Palm Springs. Palm Springs is set to premiere on Hulu and in select drive-ins nationwide on Friday, July 10th. 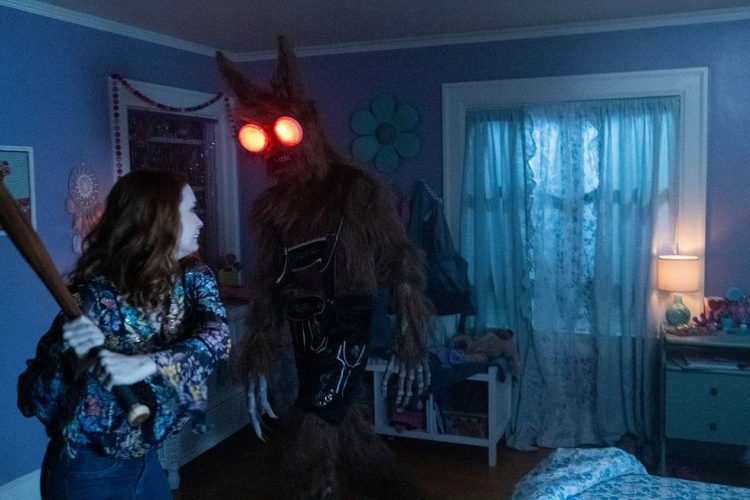 Christmas, Easter and Halloween have a cast of recurring creatures to help celebrate their holidays so why shouldn’t April Fools Day? The April, 2020 episode of Hulu’s Into the Dark – the TV-movie franchise built on a holiday theme – is bringing back one of the fans’ favorite monsters on April 3rd – Into the […] 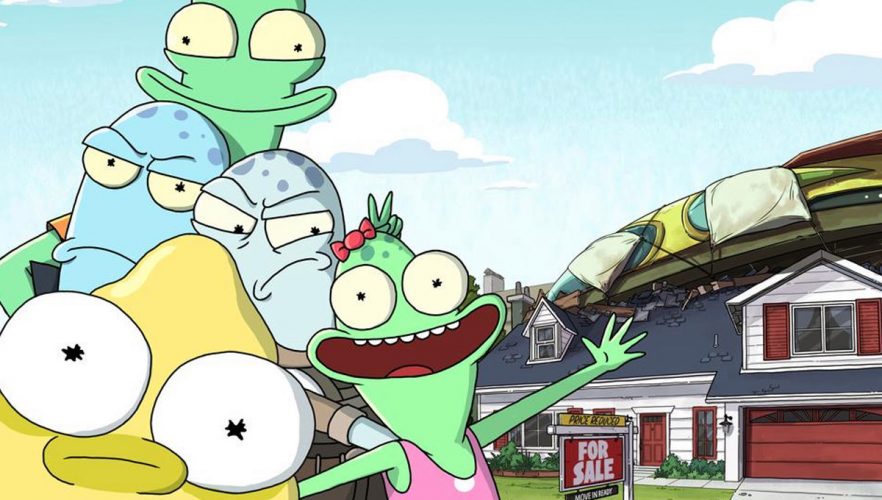 Four aliens escape their exploding planet and find their way to Earth. Superheroes? Nope! More like a dysfunctional family waiting for the Pupa (an organic supercomputer) to evolve and terraform the planet. From one of the guys who brought you Rick & Morty, Solar Opposites will drop all season one episodes on Hulu, May 8th. […]

In light of our pandemic situation, horror buffs might find the Hulu series Into the Dark worth checking out. The streamer’s feature length series of holiday-themed horror movies now sits at 18 – for about 27 hours of holiday chills and thrills. Episode taglines follow. 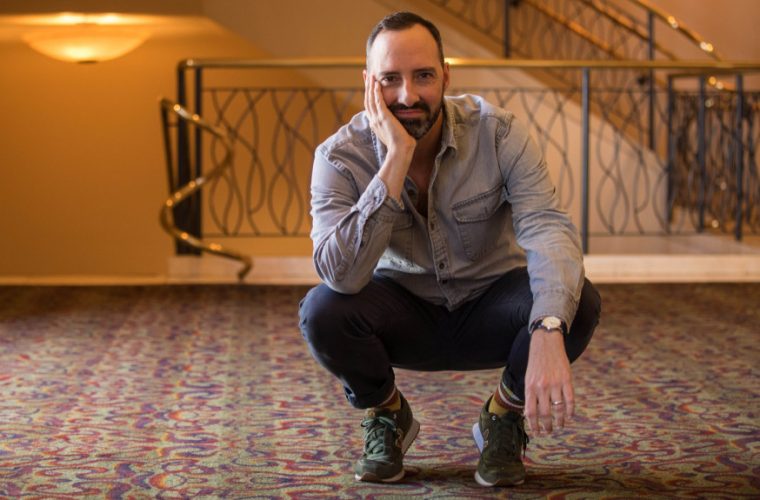 Tony Hale has been cast in the dual role of the affable genius, Mr. Benedict and his villainous twin brother, Mr. Curtain, in Hulu’s The Mysterious Benedict Society. 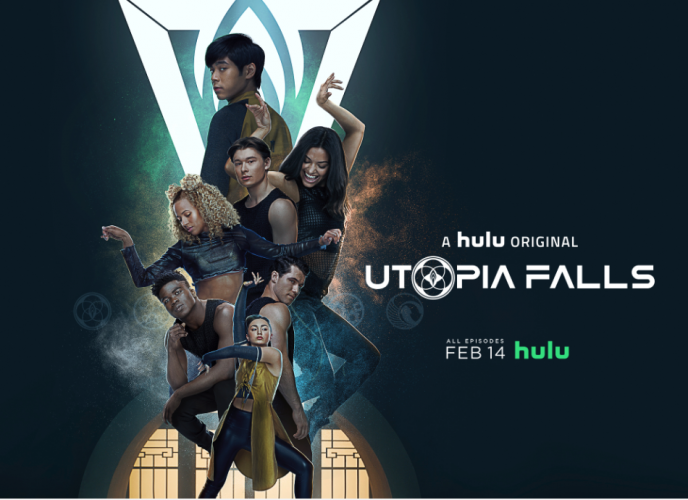 Every year, New Babyl stages a musical competition called the Exemplar. For those chosen to compete, it is an historic honor – but for Aliyah, who has discovered an archive of arts and music from long ago, it’s a chance to do something… bigger. Hulu’s Utopia Falls premieres on Valentine’s Day

A post-apocalyptic world where a group of teens are entered in the Exemplar performance arts competition in a seemingly idyllic colony called New Babyl? The Hunger Games with songs instead of weapons? And with Snoop Dogg in a surprising role? Featuring the music of Kendrick Lamar, Alessia Cara, The Norotious B.I.G., Bill Withers, The Roots […]

Hulu’s Little Fires Everyhere entwines the picture peferct Richardson Family in a story with weight, exploring their secrets, and learning that following rules might actually avert disaster/ Reese Witherspoon and Kerry Washington arrive to to reacquant thmselves with the town and dcide that following the rules might be dangerous. Littile Fires Everywhere is coming this […]