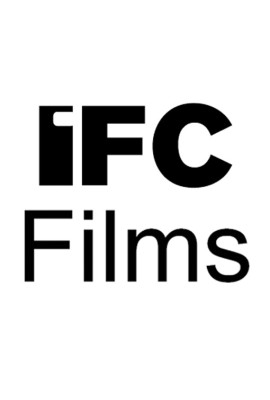 Hulu has acquired exclusive streaming rights to all future documentary films from IFC Films following their theatrical and On Dlook at emand releases. The deal includes docs from IFC Films, Sundance Selects and IFC Midnight.

The first film to Stream on Hulu through the new deal will be King Georges, a look at Georges Perrier, the 67-year old owner of Le Bec-Fin, one of the finest French restaurants in the country.

SANTA MONICA, CA (January 27, 2016) – In a groundbreaking agreement, Hulu and IFC Films have closed a landmark output deal that will make Hulu the exclusive streaming home for all future documentary releases from IFC Films, which will include all documentaries from the brands IFC Films, Sundance Selects and IFC Midnight. The multi-year agreement marks the first time these documentary films will be available on Hulu within the first window following their initial release in theaters and on-demand. Future IFC Films documentaries will be available to stream through Hulu’s No Commercials and Limited Commercial subscription plans.

The first documentary feature to premiere on Hulu in-window will be King Georges – in theaters & on-demand Feb 26th, and available on Hulu this fall. The documentary captures Georges Perrier, the 67-year-old owner of Le Bec-Fin, one of the finest French restaurants in the country, as he prepares to sell the restaurant after more than four decades in business. City of Gold, a richly penetrating documentary odyssey that follows Pulitzer Prize-winning food critic Jonathan Gold, will also become exclusive to Hulu following its theatrical release on March 11th. The film will follow Gold as he shows audiences a Los Angeles where ethnic cooking is a kaleidoscopic portal to the mysteries of an unwieldy city and the soul of America.

In addition, the deal will bring the critically acclaimed new Sundance Selects documentary Weiner about Anthony Weiner and his failed New York City mayoral campaign, to Hulu following its linear run on Showtime. The film made its world premiere this week at the 2016 Sundance Film Festival. Future IFC Films documentary releases arriving on Hulu will be announced at a later date.

“We are so excited to announce this groundbreaking first window partnership with Hulu. IFC Films and Sundance Selects take great pride in the quality of the documentaries that we acquire and release every year and we are thrilled to have Hulu as a destination for them. Hulu is the ideal partner for first window exhibition and will provide a terrific opportunity in promoting each films’ theatrical release,” says Lisa Schwartz, Executive Vice President, Distribution, Operations and Business Development.

The agreement represents an expansion of Hulu’s partnership with AMC Networks, which owns and operates IFC Films, Sundance Selects and IFC Midnight as sister labels. Last year, Hulu and AMC Networks announced an output deal for the exclusive SVOD rights to new and upcoming primetime scripted drama and comedy series from AMC, IFC TV, BBC AMERICA, SundanceTV and WE tv. The deal brought films from the IFC Films, Sundance Selects and IFC Midnight collection exclusively to Hulu, including 2012 Sundance Film award winner Sleepwalk with Me; Room 237, the documentary film by Rodney Ascher about the perceived meaning of the film The Shining; Pina, the 3D film about dance choreographer Pina Bausch; and L.A. Outfest Grand Jury Award winner Weekend.

Over the past year, Hulu has become the streaming home to a significant number of films from the IFC Films, Sundance Selects and IFC Midnight collection, and struck a deal to add recent blockbuster films to its lineup through a new deal with premium entertainment network EPIX. Hulu also offers hundreds of classic, award-winning films from The Criterion Collection, as well as a larger selection of films through its distribution deal for a premium add-on subscription to SHOWTIME.