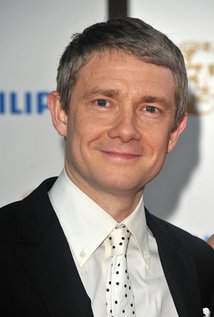 10 Episode Series Goes Into Production This Week in San Juan

CULVER CITY, Calif. (Jan. 27, 2016) – Crackle, Sony’s free streaming network, today announced a new addition to its original scripted line-up, the powerful hour-long drama, “Start Up.” The 10-episode series, which begins production this week in San Juan, Puerto Rico, explores what happens when a brilliant, yet controversial tech idea gets incubated on the wrong side of the tracks by three strangers who don’t necessarily fit the mold of “tech entrepreneurs.” Set amongst the unconstrained, yet opportunist streets of Miami, “Start Up” weaves a complex and exciting narrative, featuring the high-stakes struggle of what one will do to reach ultimate success. Forced to fund a tech company with dirty money from unsuspecting places while forming ties with a dangerous, Haitian gang, the fight to build a business pales in comparison to the fight to stay alive, especially when there’s a vehement FBI agent who wields the power to make or break those he comes in contact with—and not always for the right reasons.

“Start Up” stars Martin Freeman (“Fargo,” “Sherlock”) who plays FBI agent Phil Rask, specializing in financial crimes. Rask crosses paths with Nick Talman, played by Adam Brody (“CHiPS,” “The League”), a sharp and intelligent financier at a boutique firm in Miami, but it’s not Talman Rask is after, it’s his father. Nick has a problematic relationship with his wealthy, irresponsible father, who disappears and forces Nick to stash his ill-gotten gain—instead of going to the FBI, he decides to hide the money by investing in a tech startup pitched by the unorthodox Izzy Morales, a tech whiz out to change the world, played by Otmara Marrero (“Graceland”). Edi Gathegi (“The Blacklist,” TWILIGHT) also stars in the series as Ronald Dacey – second-in-command of the local Haitian gang. When Ronald discovers that the money he left with Nick’s father has vanished, Ronald moves on to the next best thing—his son. An unexpected partnership forms between Ronald, Nick and Izzy which culminates in a dangerous alliance that make them a target for Rask (Freeman), who plans to take a journey to the very pit of darkness to take down the unsuspecting trio.

“‘Start Up’ carries out our promise to continue our commitment to quality drama,” said Eric Berger, GM of Crackle and EVP, Sony Pictures Television Digital Networks. “We are working with a top-notch team to produce a project that explores the motivations and complexities of creating a new venture, while walking a fine line between crime and legitimacy.”

“We couldn’t be more excited to work with the team at Crackle on this project,” said Critical Content President Andrew Marcus.  “Ben Ketai has an amazing vision for this series and we are fortunate to have such a talented ensemble of actors to help bring this story to life.”