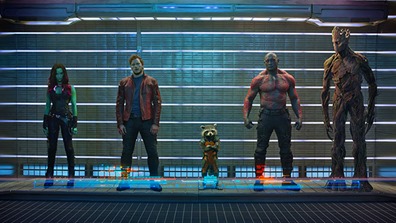 Follow the jump for one of the strangest Marvel trailers you will ever see (quite possibly including Edgar Wright’s Ant-Man). James Gunn rocks! I’m in.

Guardians of the Galaxy rockets (sorry!) into theaters August 1st.

James Gunn is the director of the film with Kevin Feige producing, and Louis D’Esposito, Victoria Alonso, Jeremy Latcham, Alan Fine and Stan Lee serve as executive producers. The story is by Nicole Perlman and James Gunn, with screenplay by James Gunn. Marvel’s “Guardians of the Galaxy” releases in theatres on August 1, 2014.