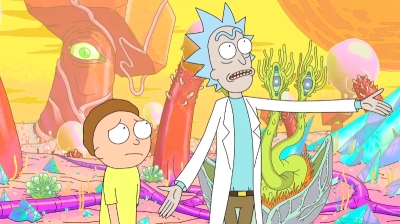 October 11, 2014 (Portland, OR) – Rick and Morty are taking their interdimensional adventures through time and space into a whole new sphere: comic books.  Beginning in spring 2015, Oni Press will create a monthly comic book series based on the popular animated series that airs on Adult Swim.

Since its debut in 2013, Justin Roiland and Dan Harmon’s RICK AND MORTY has become one of the most critically acclaimed, feverishly watched shows on television. The insane adventures of impressionable, endearingly clueless teenager Morty and his sociopathic scientist grandfather Rick have given rise to an insatiable fan base, not to mention a top-rated series after its first season run on the network.

So, of course, bringing RICK AND MORTY to comics is kind of a no brainer. 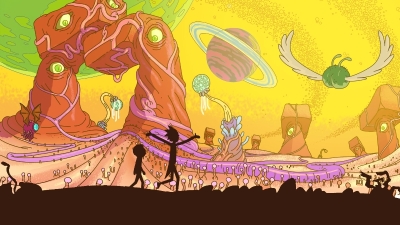 Written by Zac Gorman (Costume Quest: Invasion of the Candy Snatchers, Magical Game Time), the RICK AND MORTY comics promise to be a monthly injection of the darkly frenetic, gut-punishingly hilarious brilliance that millions have come to relish on television.

“We’re all huge fans of the show, so we couldn’t be more excited to bring it to comics,” said Oni Press’ Editor in Chief James Lucas Jones. “The world Dan, Justin, and their whole crew have built is so wildly imaginative and fun, we’re sure it’ll translate flawlessly. On top of that, the stuff Zac is doing fits so perfectly and is so funny that we’re certain the comics will make a perfect companion to the show. We really can’t wait for folks to see what he’s cooked up.”

While there are more details yet to be announced, it’s safe to say 2015 is going to be a great year for fictional super science and unchecked substance abuse!

Cartoon Network Enterprises (CNE) is responsible for building consumer products and merchandising programs for a wide range of brands by securing and supporting long-term licensing partnerships across all categories. As the global branding and merchandising arm of Cartoon Network and Adult Swim, the division manages the consumer product programs for the networks’ award-winning original programming, brands and characters including Ben 10, Adventure Time, Regular Show, The Amazing World of Gumball, The Powerpuff Girls, Adult Swim and more. CNE also serves as the exclusive global licensing agent for LazyTown Entertainment and the PGA of America for the youth marketplace.

Oni Press has been publishing comics and blowing minds in defiance of a cold, uncaring universe’s cruel, twisted will since 1997.  Based in the peerless city of Portland, Oregon, they have been responsible for such comics leviathans as SCOTT PILGRIM, THE SIXTH GUN, QUEEN & COUNTRY, and STUMPTOWN, among an avalanche of others.  They are frighteningly passionate yet coolly approachable.