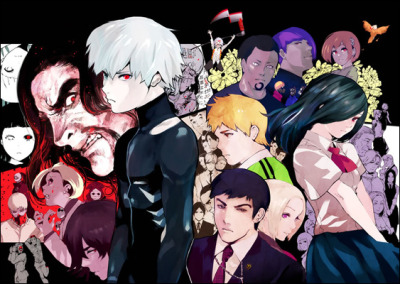 VIZ MEDIA ANNOUNCES THE ACQUISITION OF MANGA LICENSES FOR TOKYO GHOUL AND SO CUTE IT HURTS!!

Fans attending the East Coast’s biggest pop culture and comics event enthusiastically welcomed the announcement of the Summer 2015 launch of creator Sui Ishida’s horror action series, TOKYO GHOUL, which will be published under the VIZ Signature imprint, as well as Go Ikeyamada’s cross-dressing comedy, SO CUTE IT HURTS!!, set to be published under the Shojo Beat imprint. Both titles will be released in print as well as digitally.

This riveting horror/action series about a reluctant monster has been one of the year’s most fan-requested new titles. Ken Kaneki is an ordinary college student until a violent encounter turns him into the first half-human half-ghoul hybrid. Trapped between two worlds, he must survive Ghoul turf wars, learn more about Ghoul society and master his new powers.

The fun begins when the cross-dressing starts in this hilarious new high school shojo manga comedy. The Kobayashi twins, Mego and Mitsuru, were named after historical figures, but only Mego has grown up with a taste for history. So when Mitsuru is in danger of losing his weekends to extra history classes, he convinces his sister to swap clothes with him and ace his tests! After all, how hard can it be for them to play each other?

“New York Comic Con is a perfect setting to announce the acquisition of these exciting new manga titles and we are thrilled to expand our Shojo Beat and VIZ Signature rosters with these scheduled releases,” says Leyla Aker, Vice President, Publishing. “The much buzzed-about horror series, TOKYO GHOUL, presents a frightening world where monsters called Ghouls live among us, seemingly the same as normal people in every way, except for their endless craving for human flesh. SO CUTE IT HURTS!! will delight readers with a smile-inducing mix of cheeky comedy, funny characters and energetic artwork. We look forward to readers discovering both of these new VIZ Media manga titles next summer.”