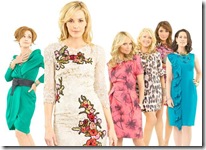 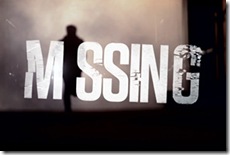 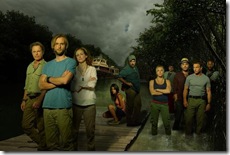 The soap returns to Dallas in this wicked new drama that shows that you can go home again… but only if you’re ready to face the sins of your past.

Amanda Vaughn (Leslie Bibb), once the ultimate high school "mean girl," is forced to return home in disgrace after her marriage ends in scandal. Amanda is nothing like the girl she was 20 years ago, but as her old classmates reacquaint themselves with the new Amanda, will her home town welcome her with open arms or seek revenge? No one in this town is a saint, but that doesn’t mean they can’t have a heart. As Amanda and her teenage kids try to adjust to their new lives, the ladies from her past alternate between sympathy and scheming.

Becca Winstone (Ashley Judd) learns that her son, Michael, disappears while studying abroad, and it’s a race against time when she travels to Europe to track him down. A surprising turn of events reveals just how far one mother will go to protect her family. Exotic locations and thrilling twists will keep you riveted in Missing.

How far would you go to save the only thing you have left in the world? At 8 years old, Michael watched as his father, CIA Agent Paul Winstone, was murdered. Now 10 years later, Paul’s wife, Becca, is faced with the reality of her son growing up. When Michael is afforded the opportunity to study abroad, his mother reluctantly agrees it’s time to let him go. Just a few weeks into his trip Michael disappears, and Becca immediately suspects foul play. When she arrives in Rome, she begins piecing together the clues left behind. It isn’t long before the kidnappers realize they’ve picked a fight with the wrong woman. Becca Winstone has a secret of her own — before Paul’s death, she was also a lethal CIA Agent. But if she wants to find her son alive, Becca will have to rely on old friends and reopen old wounds. Her resourcefulness, skill and determination will be put to the test – but a mother’s love knows no limits.

The River follows the story of wildlife expert and TV personality Emmet Cole. Emmet set course around the world with his wife, Tess, and son, Lincoln, while filming what would become one of the most popular shows in television. After he goes missing deep in the Amazon, his family, friends and crew set out on a mysterious and deadly journey to find him.

Famed explorer Dr. Emmet Cole (Bruce Greenwood) went looking for magic deep in the uncharted Amazon and never returned. The shocking truth about his disappearance is out there, somewhere, just waiting to be discovered. To the millions of kids who grew up watching his nature show, Dr. Cole was a hero. To his own son, Lincoln (Joe Anderson), he was more of an enigma. Now, six months after he vanished, Lincoln is finally ready to bury the past when Dr. Cole’s emergency beacon suddenly goes off. At the urging of his mother, Tess (Leslie Hope), Lincoln reluctantly joins her on a search for his father. To fund the rescue, they agree to let Dr. Cole’s cagey ex-producer, Clark (Paul Blackthorne), film the mission documentary-style. The mixed crew of old friends and new acquaintances includes the sexy and resourceful Lena (Eloise Mumford), loyal mechanic Emilio (Daniel Zacapa) and lethal bodyguard Captain Kurt Brynildson (Thomas Kretschmann).