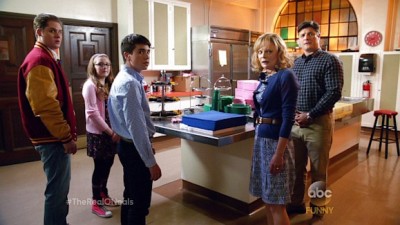 ABC’s The Real O’Neals  is one of the few new sitcoms that actually made me laugh out loud.

It’s the story of the perfect Irish-Catholic family – from the point at which everything begins to go horribly wrong.

END_OF_DOCUMENT_TOKEN_TO_BE_REPLACED 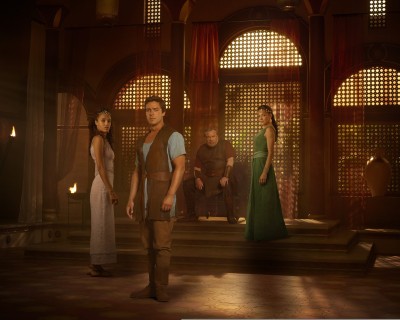 ABC won the May sweeps and is the only network that had increased ratings over the 2014-15 season. Despite the win, several shows – many of them quite good – did not survive, so the network has ten new series that will premiere over the course of the 2015-16 season.

New dramas for fall include: Quantico – one of a thoroughly vetted class of recruits is actually a sleeper terrorist; OIL – an oil boom in North Dakota, a couple of dreamers and a tyrannical oil tycoon; Of Kings and Prophets – the Biblical story of David and King Saul, told through multiple points of view. Waiting in the wings: The Catch – a fraud investigator is about to be defrauded, by her fiancé; The Family – a politician’s son returns after being missing for a decade; is he for real; Wicked City – investigated a Hollywood murder in 1982.

New fall comedies include: Dr. Ken – brilliant doctor, crap bedside manner (stars Ken Jeong, who is a real doctor); The Muppets – the beloved Henson characters in a mockumentary set up. Waiting in the wings: The Real O’Neals – a family with secrets that, once they come out, bring them closer together; Uncle Buck – Irresponsible Uncle Buck needs a job and his nieces’ and Nephews’ nanny just quit…

For the complete fall schedule and eries descriptions, follow the jump.