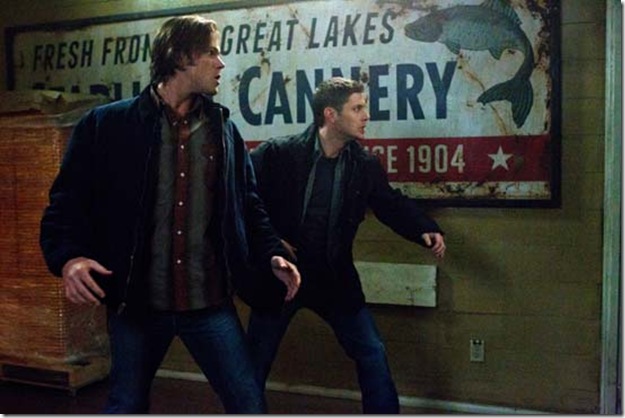 Neither actually, but it’s fun to imagine what is happening in photos right! However Supernatural fans and viewers don’t have to imagine what’s going on in the sneak peek photos for Supernatural S6.16 episode, And Then There Were None – and it seems Supernatural is continuing on this season naming episodes after movies.

The CW Network has provided us with a nice synopsis to along with a gallery of interesting photos from this upcoming episode of the hit action series which stars Jared Padalecki as Sam Winchester, Jensen Ackles as Dean Winchester, along with Misha Collins as the angel Castiel.

“And Then There Were None”

SAMUEL JOINS UP WITH SAM and DEAN — Sam (Jared Padalecki), Dean (Jensen Ackles) and Bobby (Jim Beaver) set out in search of The Mother of All’s latest monster.  While investigating, they run into Samuel (guest star Mitch Pileggi) and Gwen (guest star Jessica Heafey), who are also hunting the creature.  Samuel and Bobby get into a heated fight about how to handle the case.  Mike Rohl directed the episode written by Bret Matthews. The episode also guest stars Steven Williams as fellow hunter Rufus.

Follow the jump to see the episode photos. All photos are credited to Jack Rowland/The CW and used with permission. Supernatural S6.16 airs on the CW Network on Friday March 4th at 9 PM EST.

END_OF_DOCUMENT_TOKEN_TO_BE_REPLACED 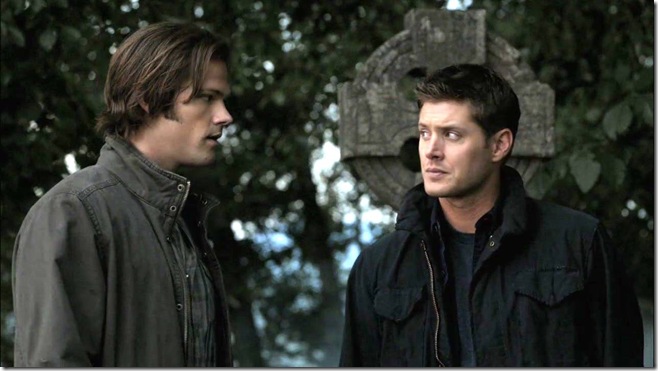