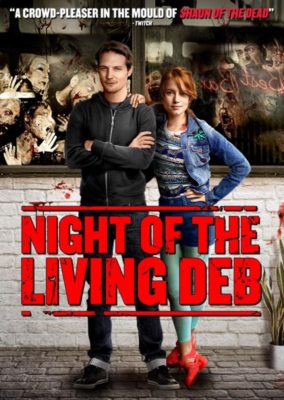 Night of the Living Deb is a zombie-romantic-comedy, or zomromcom. So that’s a thing.

It’s also smart, funny, occasionally genuinely creepy and occasionally a bit too awkward for its own good – especially at the beginning, when we haven’t actually twigged to what the rules are.

END_OF_DOCUMENT_TOKEN_TO_BE_REPLACED

truTV has ordered ten episodes of Those Who Can’t, a scripted comedy series about three frustrated high school teachers who are ‘about as screwed up as the kids they teach.’

The series was created by – and stars – Adam Cayton-Holland, Andrew Orvedahl and Ben Roy, members of the Denver-based comedy troupe, The Grawlix.

Those Who Can’t is set for an early 2016 premiere. For further detail, follow the jump.