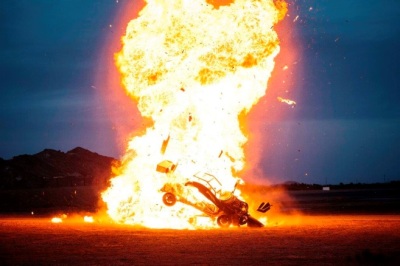 BBC America has revved up a trailer for its upcoming dueling mutant cars series Mud, Sweat and Gears. It really does look like Death 2000. Now that’s entertainment!

Mud, Sweat and Gears premieres on Monday, January 26th (10/9C). Check out the trailer (and other BBC America clips) following the jump.

END_OF_DOCUMENT_TOKEN_TO_BE_REPLACED 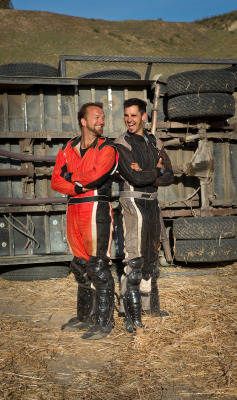 Take two well-known UK car journalists – Tom ‘Wookie’ Ford and Jonny Smith, give them each a couple of serious car nuts to work with and a 24-hour time limit to transform a couple of – as they describe them – underappreciated motors.

Then put those mutated automotive beasts to some gruelling tests: races, stunts, stunts and more stunts. And, finally, destroy the losing vehicle. And there you have the premise of BBC America’s Mud Sweat and Gears, which premieres on January 26, 2015 (10/9C).