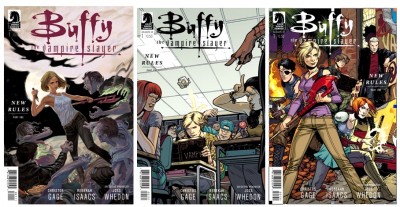 New season. New rules. The age-old battle of Slayer vs. vampire is the focus of Buffy’s life once again—it’s downright nostalgic! But with all the toying with magic she’s done lately, this girl should know it’s time for another game change . . . Shouldn’t she?  The series is Executive produced by Joss Whedon! The first issue is written by Christos Gage with art by Rebekah Isaacs, and colored by Dan Jackson.  The picture above shows the work of Cover Artist Steve Morris on the first issue as well as variant and ultra variant covers by Rebekah Isaacs. Click on through to see a small preview.  It goes on sale March 19.

END_OF_DOCUMENT_TOKEN_TO_BE_REPLACED 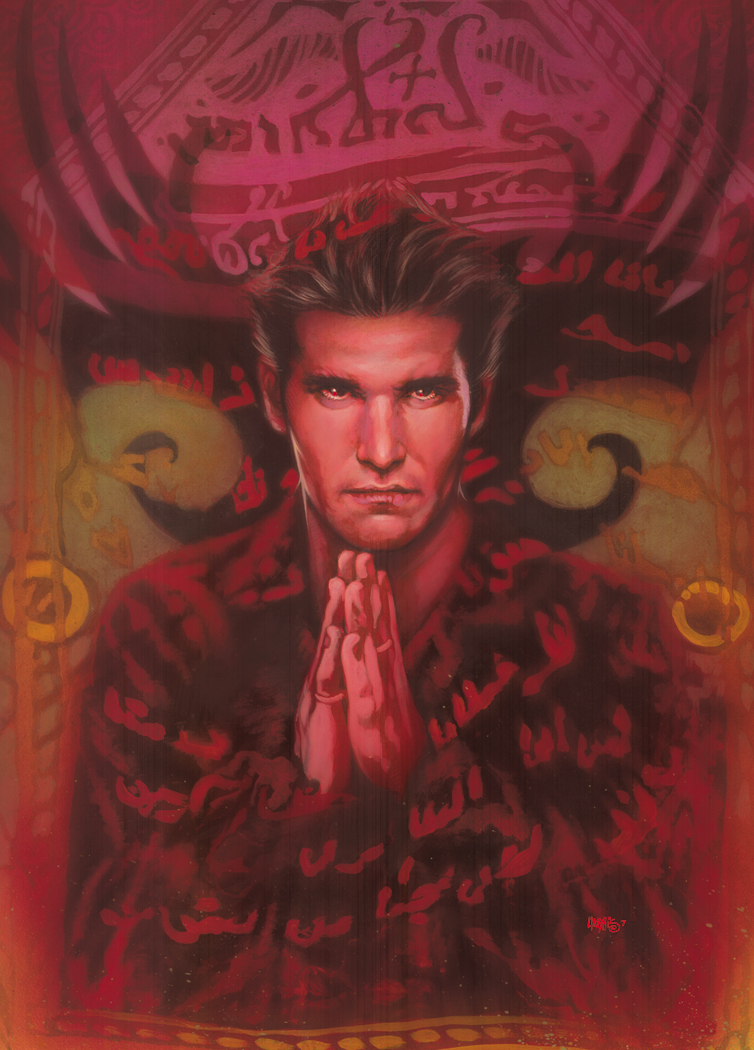 A few months ago Josh Whedon launched a new Buffy The Vampire Slayer comic book that has become the official season eight for the television show. I’ve been reading it every time I go to Borders and so far it’s, eh. Not great, not bad, it’s just there. But it has been successful for Dark Horse, now the folks at IDW who owns the rights to Angel has announced a new official season of Angel in Comic Book form. Read the entire news release below. END_OF_DOCUMENT_TOKEN_TO_BE_REPLACED