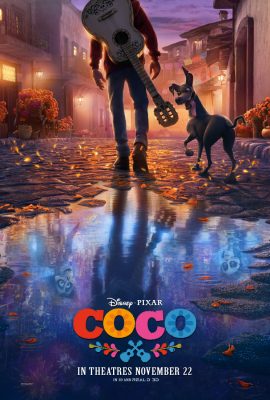 With Disney•Pixar’s Coco, the studio has reclaimed its best of the best status. Coco is an instant classic – and the studio’s most mature and intelligent film yet.

When aspiring musician Miguel ends up in the Land of the Dead in Disney•Pixar’s Coco, his family takes him to the Department of Family Reunions where a busy clerk informs him that he’s cursed. To return to the Land of the Living, Miguel will need a magical marigold petal and the blessing of a family member—but, according to the clerk, the family member can include any condition she likes—even forbidding music forever.

END_OF_DOCUMENT_TOKEN_TO_BE_REPLACED

Once a year, our ancestors return to see how we’re doing.

Despite his family’s baffling generations-old ban on music, Miguel (voice of newcomer Anthony Gonzalez) dreams of becoming an accomplished musician like his idol, Ernesto de la Cruz (voice of Benjamin Bratt). Desperate to prove his talent, Miguel finds himself in the stunning and colorful Land of the Dead following a mysterious chain of events.

Coco will be in theaters on November 22nd.

END_OF_DOCUMENT_TOKEN_TO_BE_REPLACED 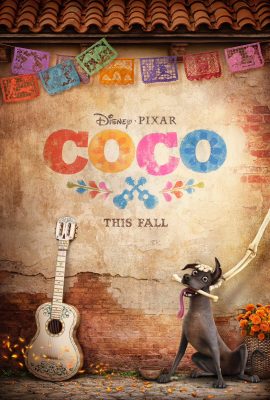 Miguel’s family is a huge stumbling block to his dream of playing guitar like his idol, the late Ernesto de la Cruz – but when he steals into de la Cruz’s mausoleum and plays a chord on his idol’s guitar,he finds himself in the Land of the Dead.

END_OF_DOCUMENT_TOKEN_TO_BE_REPLACED 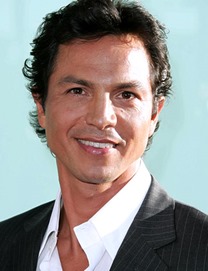 24: Live Another Day is the 12-episode event series from Fox that premieres Monday, May 5th (8/7C). For more on Harris and his team, follow the jump to the press release.

END_OF_DOCUMENT_TOKEN_TO_BE_REPLACED 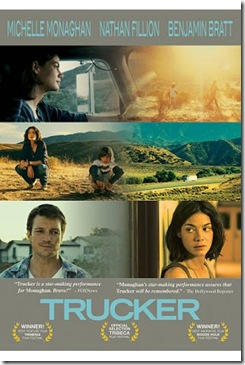 END_OF_DOCUMENT_TOKEN_TO_BE_REPLACED

Here’s a preview of A & E’s The Cleaner. 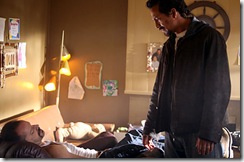