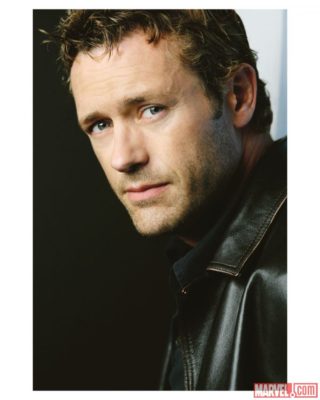 Marvel Television today named Coulson’s successor as Director of S.H.I.E.L.D. – Jason O’Mara (Life on Mars, Terra Nova) steps into the commanding role as a character whose Marvel roots go back to the ’40s. Follow the jump for more.

Coulson shocked fans in the Season 3 finale of “Marvel’s Agents of S.H.I.E.L.D.” when he revealed the organization had a new director—and now we can tell you just who is taking over his former position.

Jason O’Mara (“Complications,” “The Good Wife”) has joined the series stepping into the role as S.H.I.E.L.D’s new Director, playing a character whose Marvel roots go back to the 1940s.

“Bringing Jason into the mix as the New Director of S.H.I.E.L.D. forces everyone, particularly Coulson, to reevaluate their role in the Agency,” said Executive Producer and Marvel’s Head of Television, Jeph Loeb. “Jason has both the physical presence and acting dynamics that will connect with and challenge even the most loyal agent.”

O’Mara will next be seen in the film “Jadotville,” coming soon to Netflix, in which he starred opposite Jamie Dornan.

“Marvel’s Agents of S.H.I.E.L.D.” is produced by Marvel Television and ABC Studios.

“Marvel’s Agents of S.H.I.E.L.D.” returns Tuesday, September 20 in its new timeslot, 10:00 PM ET on ABC. For more information on the series and the other exciting Marvel Television prnojects, stay tuned to Marvel.com.

O’Mara is repped by UTA/ Independent Talent in UK and JTWAMM law firm.