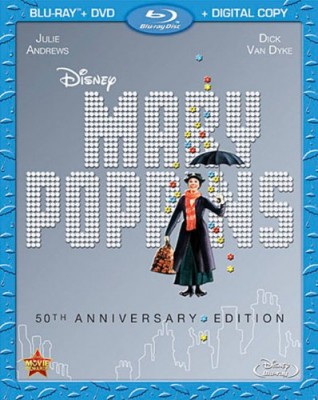 This year seems to be all about Tuppence for the folks at Disney. Disney celebrates the 50th Anniversary of Mary Poppins with a gorgeous new Blu-ray transfer.

The Disney film about the making of Mary Poppins, Saving Mr. Banks, made me want to finally sit down and watch this movie. It is always interesting watching one of these older movies with modern eyes and sentiment.

What exactly did Mrs. Banks (Glynis Johns) do all day, that required the services of the magical Mary Poppins (Julie Andrews) to literally come down from the clouds (no metaphors here) to parent her two children Jane (Karen Dotrice) and Michael (Matthew Garber) while her hubby Mr. Banks (David Tomlinson) works?

I understand that fighting for change can be a full-time job, but other than one scene of wearing a Woman’s Suffrage sash, she’s not involved at all in her kids’ lives. No wonder they act out and are ill tempered. Mary and her homeless (I’m assuming) friend Bert (Dick Van Dyke) take the kids on magical journeys of the imagination to the races, carnivals, and more. 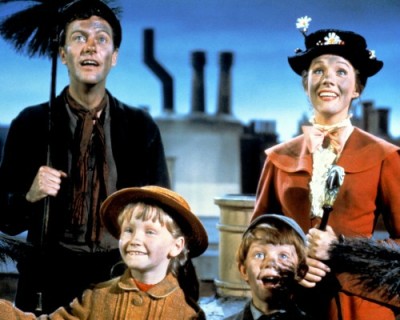 Director Robert Stevenson (The Love Bug and Bedknobs and Broomsticks) truly was the George Lucas of his time. Using groundbreaking visionary tricks including blending live action with animation (hand drawn animation at that) to disguise what is ultimately a shallow story.  Richard and Bob Sherman’s score holds up remarkably well and is still wonderful to listen to, but on screen some of the musical numbers feel like filler and goes a few minutes too long. It is a joy watching Andrews and Van Dyke in their prime, doing their thing. 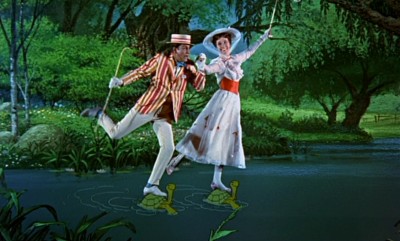 When I first saw a clip earlier this year I was a bit concerned about the transfer it looked weird and grainy. I’m happy to say the finished product looks excellent, there are a couple of specs here and there but they are barely noticeable. The English 7.1 DTS-HD audio mix is stellar and crystal clear. This 50 year old film looks and sounds as if it was made yesterday. Additional audio tracks include English 5.1 Dolby Digital, Spanish and French Dolby Digital, Subtitles English, Spanish and French

The extras for this new set feel a bit empty. Disney just recycled the excellent features from the previous DVD release (this includes 2 full length documentaries). New this year is an excellent interview Jason Schwartzman did with Richard Sherman for the Becoming Mr. Sherman and a cute little short called The Cat That Looked Like A King. There is a neat little feature that allows you to skip to specific song sequences in the film but it is buried under so many layers of menus that it renders the feature useless. 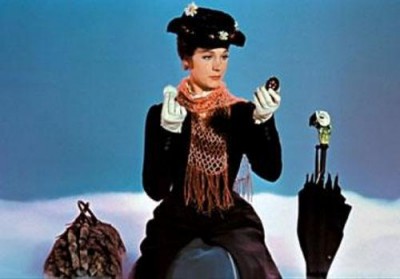 I think I’ll probably have to watch this movie a few more times before I can fully appreciate it’s old timey feel. The film itself is truly a technical marvel that features a lot of ground breaking SFX and the music is truly timeless and this Blu-ray release looks fantastic. I wish they did more with the extras or at least upscaled the older documentaries. If you like Mary Poppins there’s no reason not to purchase this Blu-ray set, but I feel like there’s a better one still to be had (even though Disney isn’t known for double dipping – not counting their current penchant for slapping 3D onto all their animated properties).