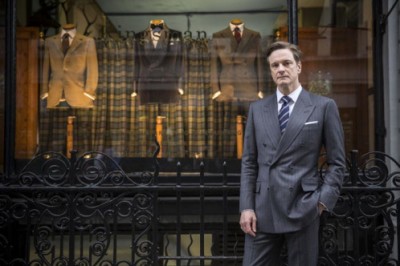 It seems a simple enough task, and the trailer provides us with some light comic relief as Firth talks newcomer Taron Egerton through the ins and outs of a grenade. Though the focus of the film may be on protégé Gary (Egerton), the debate that’s really getting critics going is whether or not Firth has what it takes to step into a spy role.

Looking back into Firth’s previous film roles, we’re more used to seeing him sinking his teeth into romantic comedies. Even when he’s not romancing big-knickered women, he’s winning Academy Awards for playing royalty. Spy heroes are new territory for the star. 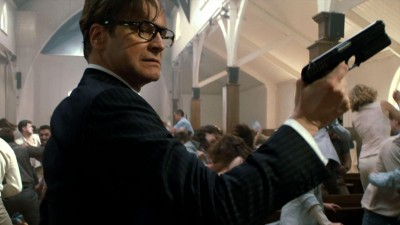 However, many are already questioning whether or not Firth may have even trumped his Bond predecessors in the essential spy role – he has the classic British charm and good looks, so surely he too can slip into the tough guy persona with contemptuous ease?

While he may have had to perfect his shooting skills or learn how to play baccarat to step into a Bond-esque role, fans are largely in agreement that Firth could easily be the next 007. It’s a natural transition for many hopelessly good looking British actors – long before Liam Neeson fell victim to being eternally known for the “I will find you, and I will kill you,” phrase, he was a sobbing mess in rom-coms like Love Actually. 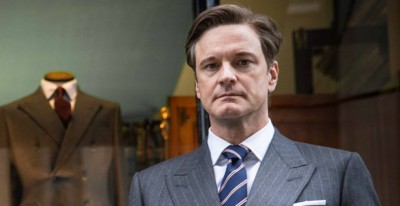 But at 53 years old, is it too little, too late for Firth? Mark Millar, who wrote the comics which inspired the film, doesn’t think so. “The weird thing is, I think if he had gotten that Bond gig 10 years ago, he’d have been bored, because this is cool,” he said.

“James Bond cries in the shower now but [Firth] gets to do cool stuff. I think he got the best gig in the end.”

So while a Bond role may not be on the cards for Firth now, he can rest assured that he’s got just the right amount of cool to spruce up his acting résumé. He would do well now not to stifle the role and risk being typecast – after all, the less said about Liam Neeson’s Taken 2, the better.

Kingsman: The Secret Service will be in theaters on October 17.