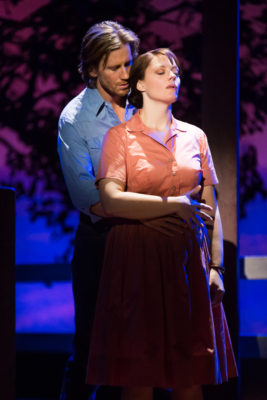 The Broadway musical, Bridges of Madison County starts its extended run at The Kennedy Center this week. The show, based on author Robert James Waller’s hugely successful book, which was also adapted into film by Clint Eastwood. This is a story about love won, love lost and the general messiness of life.

In this new medium the is told via a music score that blends soaring operatic vocals with some downhome country twang. It’s a heady mix of different styles that doesn’t always work but keeps things interesting and has an amazing 2nd act. It’s been so long since I’ve seen the film that I walked into this production cold and didn’t know what to expect. All I knew about the production was that BOMC starts off a bit rough. It’s a hard show to get into, the music didn’t hit me in the gut like I expected it to.

The story, set in 1965 Iowa, is about a woman who feels like life has passed her by. Francheska is an Italian woman who had hopes and dreams, but settled for the love of an Iowa Farmer. Now that her kids are teenagers she’s wanting. While her family is away at the state fair, her plans of spending 3 glorious days doing nothing are interrupted by Robert a handsome National Geographic Photographer. The show takes place primarily over this 4 day encounter and then has all sorts of weird time jumps late in the 2nd act. 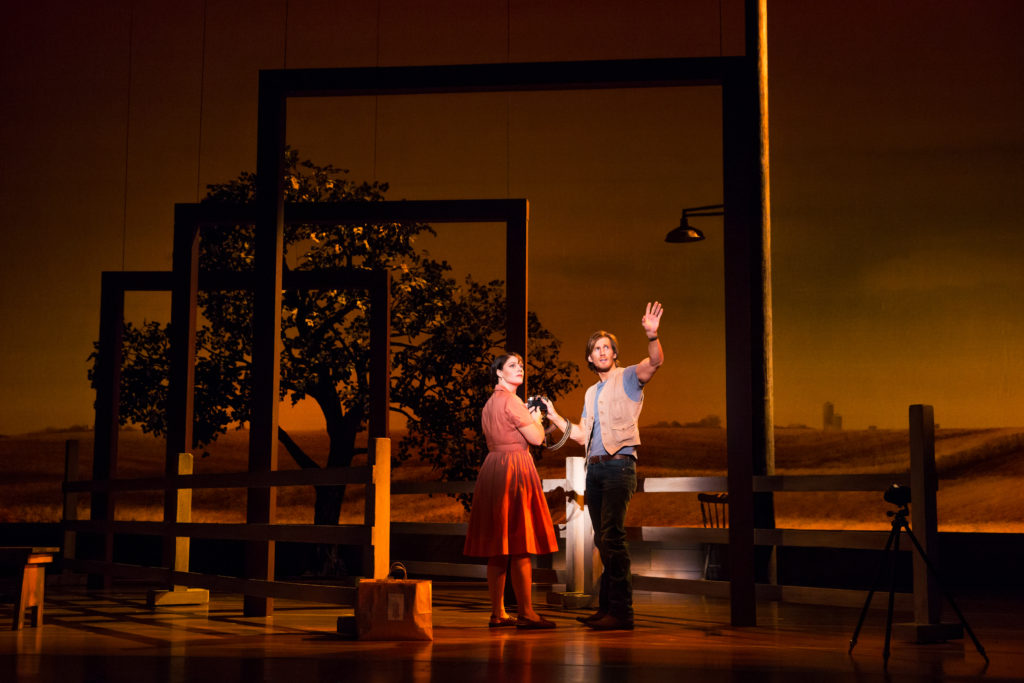 My primary issue is I have a generally bias against glorifying adultery and this story so I never once bought into the central love aspect of the story. That’s not to say that the two leads; Elizabeth Stanley (On the Town, Million Dollar Quartet) as Francesca and Andrew Samonsky (The Hunchback of Notre Dame, SouthPacific) as Robert weren’t good. They were outstanding, their voices at times stunning and literally operatic. Both of them put on a vocal clinic for the ears.

The production has a solid pedigree. It features music and lyrics by three-time Tony® Award-winning composer Jason Robert Brown (Parade, The Last Five Years), book by Pulitzer Prize-winning writer Marsha Norman (The Secret Garden, The Color Purple, ‘night, Mother), and direction by Tony® Award winner Bartlett Sher (South Pacific, The King & I, The Light in the Piazza), recreated by Tyne Rafaeli (Fiddler on the Roof, The King & I). 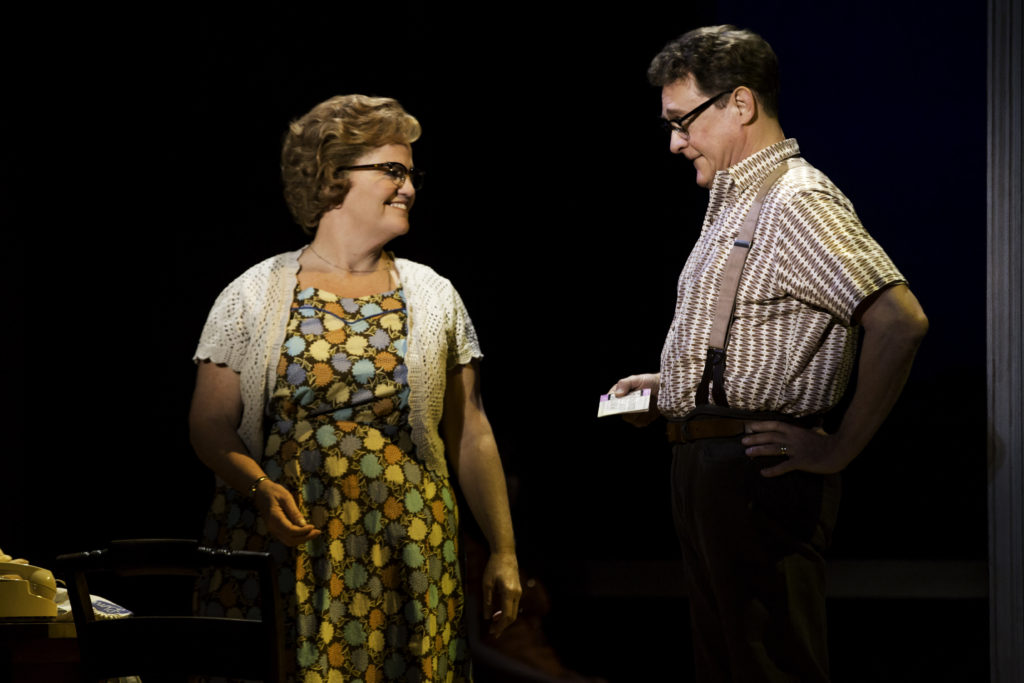 Brown’s composition is a mixed bag, the first part of the score/show falls a bit flat, but the 2nd act comes out of the gate ready to play. The final 5 songs in the show are gloriously beautiful. “One Second and A Million Miles” gives Stanley and Samonsky yet another stunning duet that gets to showcase their contrasting styles in intriguing ways. “When I’m Gone,” is just a fun, bluesy country song about that gives the cast a chance to wow and Samonsky meets the vocal acrobatics required for the nearly 7-minute solo “It All Fades Away.” Definitely a showstopper that occurs, ironically, towards the end of the show.

The Bridges of Madison County is a solid 2 ½ hour production that fans of the book and movie should love, however this isn’t the show you take people who don’t like musicals and have never been. This is for fans of the material and folks who like scores that blend country, blues, and opera. It’s not as easily assessable to the masses as most touring productions.

The Bridges of Madison County runs June 28 through July 17, 2016 in the Kennedy Center Eisenhower Theater. Performances are Tuesday through Sunday evenings at 7:30 p.m. Matinee performances will take place on Saturday and Sunday afternoons at 1:30 p.m. Tickets start at $49. For more information please visit the Kennedy Center website, in-person at the Kennedy Center box office, or call (202) 467-4600 or (800) 444-1324.