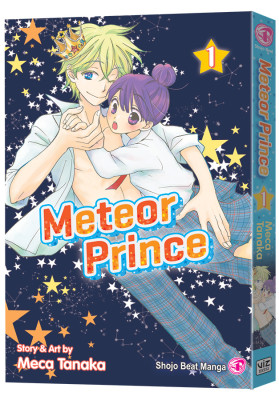 Throughout the month of January, manga fans can look forward to five new series from VIZ Media, as well as updates on seventeen other ongoing titles.

The one-shot Shirahime-Syo (from CLAMP, the creators of Chobits and Cardcaptor Sakura) will be available on January 13th, while January 20th sees the release of the first volume of Duklyon: Clamp School Defenders – also from CLAMP.

Finally, Volume One the post-apocalyptic cyber-thriller The Third comes out on January 27th.

Among the other titles being released this month are the finales for Jojo’s Bizarre Adventure Part 1: Phantom Blood,  Mouryou Kiden: Legend of the Nymph (Vol. 3), and Mikansei No. 1 (Vol. 2).

VIZ Media opens 2015 and offers fans a fun way to begin the New Year with fresh digital manga for January.

The company also has extended its holiday digital manga promotion thru January 15th. Take advantage of this special opportunity to save up to 70% off on digital manga volumes across scores of favorite series featured on VIZManga.com and the VIZ Manga App. Many volumes are available for only $1.99 each. Also check other digital manga partner sites for similar special pricing.

Readers can look forward to the launch of five brand new manga titles throughout the month, including the shojo series, METEOR PRINCE, DRAGON BALL Z creator Akira Toriyama’s quirky comedy JACO THE GALACTIC PATROLMAN, and the release of SHIRAHIME-SYO and DUKLYON: CLAMP SCHOOL DEFENDERS, by the legendary manga creative team of CLAMP. Also scheduled to make its digital debut in January is the post-apocalyptic cyber thriller, THE THIRD.

Readers can enjoy all of these new manga titles that are available on VIZManga.com and the VIZ MANGA App for the iPad®, iPhone® and iPod® touch, Android-powered smart phones and 7” tablets. Titles also may be purchased through the Nook, Kindle, Kobo, ComiXology, iBooks and GooglePlay stores. These dynamic digital platforms offer fans the opportunity to explore and enjoy a massive catalog of new and classic manga titles that spans more than 2,450 volumes across more than 215 different series.

Strange accidents always seem to happen around Hako Natsuno – so much so that she’s been dubbed the “Queen of Bad Luck.” It’s hardly surprising then that a naked alien prince falls from the sky to tell her that out of all the girls in the universe, he’s come to Earth to mate with her. Does this mean Hako’s luck has changed, or…?

Manga legend and creator of Dragon Ball Z, Akira Toriyama, is back with the quirky comedy Jaco the Galactic Patrolman! Retired scientist Omori lives alone on a deserted island while continuing his research into time-travel. His quiet life is interrupted when galactic patrolman Jaco crash-lands and decides to move in with him. This agent from space claims to be elite, but sometimes it can be a little hard to believe. Can Jaco get along with the old man long enough to save the earth from a dangerous threat?

SHIRAHIME-SYO (Complete In One Volume) · Rated ‘T’ for Teens ·

Legends say that when it snows, it is because the snow princess is crying. From CLAMP, creators of Chobits and Cardcaptor Sakura, comes a collection of five tragic tales, all connected by the bond of snow. SHIRAHIME-SYO is CLAMP’s return to traditional Japanese form and story-telling. Featuring luscious watercolors and gentle brushstrokes, it is a beautiful departure from CLAMP’s usual fare. Discover for yourself the mystery behind the snow.

In a crisis, a team of justice appears from nowhere. People call them Duklyon, the Clamp School Defenders. To defend our peaceful life, they carry on struggling rain or shine. The enemy, a secret society of evil, is out to conquer the Earth. Go and fight, our Duklyon! Save our Earth! Don’t miss the exciting adventure by CLAMP!

Many years after a devastating war, Earth is now being watched by a group of beings known as The Third, named for a third red eye on their forehead that can access various computer networks. Navigating this barren, apocalyptic landscape is Honoka, a jill-of-all-trades who uses her powers to keep her friends from The Third’s deadly grasp. This prequel to the action packed anime series takes readers to a time before Honoka is known as the formidable but graceful Sword Dancer, to the beginning of her quest to save the world, to a time when she scarcely understands the powers with which she has been blessed…

All manga volumes are available for purchase and download in the U.S. and Canada within the VIZ Manga application starting from only $4.99 (U.S. / CAN) each, and readers can also explore all titles with free Chapter 1 previews of every series. For more information, please visit VIZManga.com or www.VIZ.com/apps.