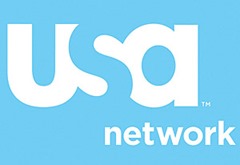 NEW YORK – March 23, 2015 – MR. ROBOT won over audiences at the SXSW Film Festival last week, winning the coveted audience award in the Episodics category.   The pilot debuted on Tuesday, March 17 in front of a packed crowd in the Vimeo Theater and was followed by a Q&A with creator Sam Esmail and stars Christian Slater, Rami Malek, Portia Doubleday and Carly Chaikin. MR. ROBOT premieres this June on USA Network.

The audience win comes on the heels of a successful and breakout on-the-ground activation where Mr. Robot “hacked” SXSW by tapping into its beacon network. Cryptic messages from Mr. Robot were pushed through the SXSW GO app directing attendees to find his hackers to be rewarded. Thirty brand ambassadors dressed as hackers infiltrated downtown Austin distributing $10 vouchers redeemable at participating SouthBites food trucks, the Intercontinental Terrance Bar & the Hideout Café, when approached. Taking a selfie with a hacker earned double the rewards.

The 4 day activation generated 2.7 million impressions through photos and videos shared across Facebook, Twitter and Instagram with #MrRobot. The digital network site’s (WhoIsMrRobot.com) web traffic spiked to more than a quarter of a million page views spanning across 19 days.

MR. ROBOT follows Elliot (Malek, “24”), a young programmer who works as a cyber-security engineer by day and as a vigilante hacker by night.  Elliot finds himself at a crossroads when the mysterious leader (Slater, “Adderall Diaries”) of an underground hacker group recruits him to destroy the firm he is paid to protect.  Compelled by his personal beliefs, Elliot struggles to resist the chance to take down the multinational CEOs he believes are running (and ruining) the world.  The series also stars Doubleday (“Her”), Chaikin (“Suburgatory”) and Wallström (“Simple Simon”).