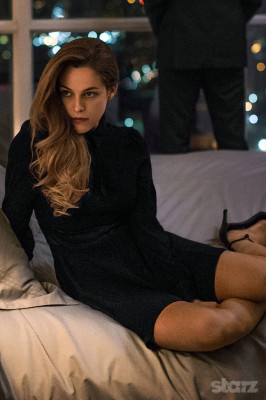 Steven Soderbergh’s film The Girlfriend Experience has been adapted for television – with Soderbergh as an executive producer – for Starz.

The series follows Christine Reade, a second year law student, as she discovers the world of ‘transactional relationships’ through a classmate.

Starz has released the first trailer for the series, starring Riley Keough as Christine. Check it out after the jump. The Girlfriend Experience will premiere in 2016.

“The Girlfriend Experience” follows Christine Reade, a second year student at Chicago-Burnham Law School and a new intern at the prestigious firm of Kirkland & Allen.  Working hard to establish herself at the firm, her focus quickly shifts when a classmate introduces her to the world of transactional relationships. Known as GFEs, they are women who provide “The Girlfriend Experience”—emotional and sexual relationships at a very high price. Juggling two very different lives, Christine quickly finds herself drawn into the GFE world, attracted to the rush of control and intimacy.

Lodge Kerrigan and Amy Seimetz are the co-creators, and wrote and directed all 13 episodes. It also stars Mary Lynn Rajskub, Paul Sparks and Kate Lyn Sheil, and will premiere in 2016.

For more information, go to the official The Girlfriend Experience Facebook Page and follow @STARZ_Channel for up to the minute information. Join the conversation with #GirlfriendExperience.