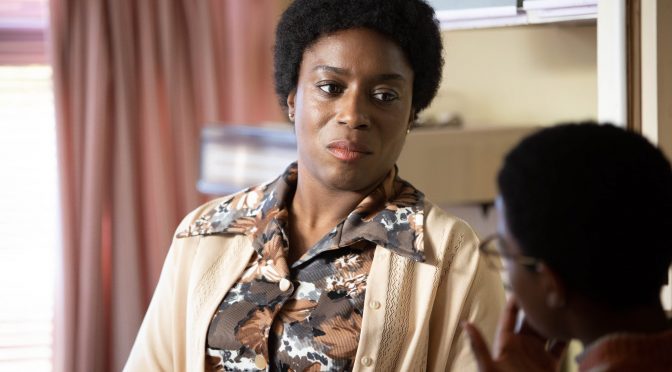 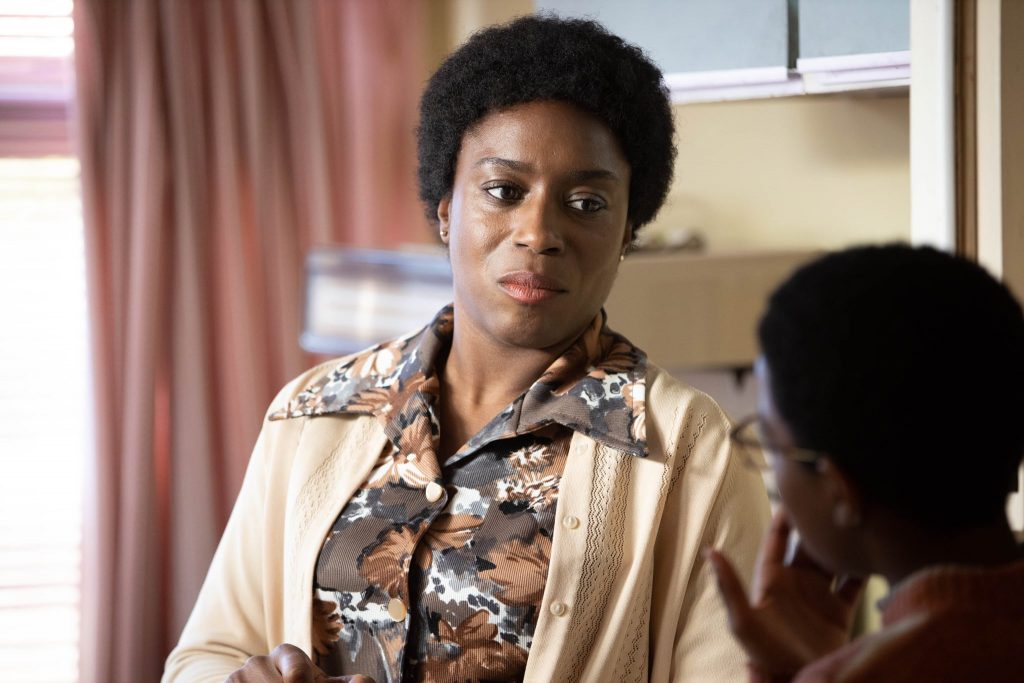 Education is the coming of age story of 12-year-old Kingsley, a boy with a fascination for astronauts and rockets. When Kingsley is called to the Headmaster’s office for disruptive behavior in class, he is shocked to discover his transfer to a school for those with “special needs.” Distracted by working two jobs, his parents are unaware of what was an unofficial segregation policy at play, preventing many Black children from having the education they deserve until a group of West Indian women takes matters into their own hands.

This final episode premieres tonight, December 18th on Amazon Prime. In the first part of this two-part interview series, we are talking to the critically acclaimed actress who plays matriarch Agnes Smith. Let’s welcome, Sharlene Whyte!

Sharlene, what attracted you to the role of Agnes Smith?

What attracted me to the role of Agnes Smith was the opportunity to play somebody that I recognize from my childhood and being able to express her and her story authentically. I knew I was able to bring my authentic West Indian heritage, my background, and really to convey clearly who this woman is. That’s what drew me to her. Just knowing that I could authentically recreate Agnes and access a real emotional tricky space. It was something that I was really interested in doing.

It sounds like the role was tailor-made to you. How did you prepare for the role? Did you do a lot of research about this system that you could not believe that this actually happened in the 1960s?

My research included reading the brilliant pamphlet by Bernard Coard, who is the Grenadian who wrote the title How the West Indian Child Is Made Educationally Sub-normal in the British School System, which introduced that into the film. I read that and I was really shocked by what I have read and seen that it was reflected in today’s times. Also, I spoke to a lot of women who I remember growing up who were nurses at the time. I got chatted to my oldest best friends’ mom who now lives in the US, lives in Florida. She was able to share with me some of what she had to do, definitely what I would wear and what I wouldn’t wear, and the exams that I had to had passed to become a nurse at the time. And what it was like to be a West Indian nurse in the UK at the time. It was a lot of reading and a lot of talking to do which I really enjoyed. It meant that I was able to talk to the family members whom I haven’t able to connect for a while, meeting with old friends. That’s how I prepare for Agnes.

That’s great, I am really glad that you did your research. The series is written and directed by Steve McQueen. What was it like working with him and working with young Kenyah Smith who plays your son, Kingsley? You two together brought some powerful performances to the episode.

Working with Steve McQueen for me was an absolute dream not because it was Steve but he just has this beautiful natural familial energy to me. It’s like he’s family somehow, I don’t know but you feel really connected to him and what to do good work with him. It’s a collaboration! He’s very direct and he really knows what he wants and knows how to get it from you. I really appreciate working with someone like that. He’s got such high standards and you are able to match that and exceed it you know. I feel really proud of myself. The work I have done with him.

Also, working with young Kenyah was just… I mean why is he so talented at such a young age! Gosh, that child was so brilliant and so humble and he’s done quite a lot of work in the West End theatre. So, he’s a seasoned young actor, a young pro but the vulnerability he brought to that role, the warmth, and the fact that you were just rooting for him from the get-go, I just think he’s a natural talent and it was a dream to work with him. I have been blessed, I will say.

And we have been blessed with both of your performances. I have a feeling that he will go far.

(laughs) Yes, you can. As you know schools for the educationally subnormal are now a thing of the past. One of the powerful lines is the system “I feel nothing but let down by the system. And not just the school system, this whole blasted country’s system” Do you feel education in Britain is on the right track now, or do you feel that there’s some need for room of improvement?

That’s a big question. I’m sure if I’m qualified to answer, I probably am because I am a mother to a seventeen-year-old teenager who’s a young black man who’s brilliant and talented, you know fantastic. There are some flaws still within the British educational system where there is a turning point with our young black men where teachers suddenly see them as this aggressor. It’s unfair and I don’t know why exactly that is. Maybe you can’t bus kids out to educational schools for the sub-normal but we have things here called “Pupil Referral Units” a lot here which is a route to crime and a route to prison basically. It just means that your child, our peoples’ children are excluded unfavorably for minor things. So in a way, It has moved on enough. There have been some improvements absolutely but there’s still a lot of work to go in the British educational system when it comes to our young African, Caribbean men. I would say that.

I am hoping that the American audience will take away from this, and it’s a powerful performance and show, that as part of the African diaspora as we all are, whether we’re in the UK or America that we have all fought battles to create and to be successful and there are more similarities than not in our struggles and our quest to be recognized and to be respected and to our lives are worthy in this world.

I am hoping they’ll see a beautiful glimpse into, I’m sure they have from the entire anthology, of what it was like to be West Indian in the UK.

Check out Sharlene’s performance in Small Axe: Education premiering tomorrow on Amazon Prime. If you like to follow Sharlene on Social Media, she’s on Instagram at @sharlenewhyte

Be sure to join me again as we interview her co-star, Kenyah Sandy! Until we meet again, See you…. out there!

Don’t be afraid of the high score below. There are many signs that a woman finds you attractive. The catch is that some https://rufreechats.com/sexy-video-chat.html of the following signals may be applied randomly, or you may simply interpret too much in her actions. However, if a significant portion of them relate to the girl you like, most likely she has feelings for you. So go ahead, look, but don’t drive yourself crazy.