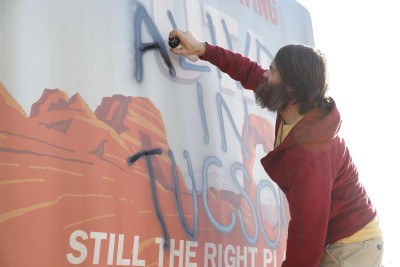 THE LAST MAN ON EARTH: Will Forte as Phil Miller.  Cr: Jordin Althaus/FOX

SANTA MONICA, CA (September 28, 2015) – In a new deal with Twentieth Century Fox Television Distribution, Hulu today announced that it has acquired the streaming rights to all past episodes of FOX’s hit series, The Last Man On Earth. All existing episodes of the series are available to stream exclusively on Hulu today.

“Hulu subscribers have been huge fans of The Last Man On Earth since its premiere,” said Craig Erwich, SVP, Head of Content, Hulu. “Now, we want to give them the gift to watch all episodes of this creative, fun series.”

“In the post-apocalyptic world of The Last Man On Earth, all Phil Miller wanted was for someone – anyone – to find him,” said Gina Brogi, Twentieth Century Fox EVP, Worldwide Pay TV & SVOD.  “We now know Phil is not alone—he has millions of viewers following his journeys including Hulu’s appreciative and growing fan base who can now binge on prior seasons of Fox’s hit series.”

The deal comes on the heels of Hulu’s acquisition of the exclusive subscription streaming rights to Twentieth Century Fox Television Distribution breakout, hit series Empire, and joins a growing library of exclusive programming on Hulu returning with new seasons this fall including Brooklyn Nine Nine, The Mindy Project, The Goldbergs, Nashville and more.

The Last Man On Earth is produced by 20th Century Fox Television. The series is created and written by Will Forte, and executive-produced by Forte, Phil Lord, Chris Miller and Seth Cohen.