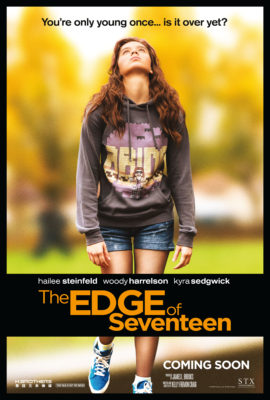 STX’s Edge of Seventeen closed the Toronto International Film Festival on the weekend – to critical and audience acclaim (compared favorably with the best of John Hughes – Pretty In Pink, Ferris Bueller’s Day Off).

Edge of Seventeen is a glimpse into the live high school student Nadine – whose life gets even more unbearable when her best friend starts dating her brother.

STX has released a couple clips, which you can find after the break. Edge of Seventeen opens on November 18th.