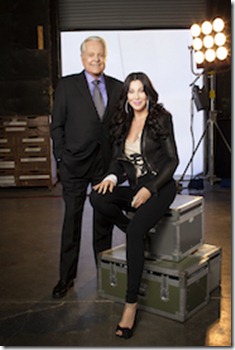 Hosted Movie Franchise to Cover a Different Theme Each Month;
Debuts with A Woman’s World: The Defining Era of Women in Film,
Hosted by Cher and Robert Osborne

Cher, the Oscar®, Emmy®, Grammy®, Cannes Film Festival and three-time Golden Globe® award winner is set to be the first host of Friday Night Spotlight, a brand new film showcase launching April 5 on Turner Classic Movies (TCM). TCM host Robert Osborne will join Cher to kick off the franchise with A Woman’s World: The Defining Era of Women in Film, a collection of 17 films handpicked by Cher to illustrate the evolving roles of women from the late 1930s to the early ’50s. Each month thereafter, Friday Night Spotlight will feature a celebrity or expert host who will take viewers through a collection of films focusing on a specific topic.

A Woman’s World: The Defining Era of Women in Film will start Friday, April 5, at 8 p.m. (ET) with Cher and Osborne hosting a night of movies focusing on motherhood, beginning with Joan Crawford’s Oscar®-winning performance in Mildred Pierce (1945). Subsequent Fridays in April will feature films about the war effort and life on the homefront (April 12), working women (April 19) and women taking charge (April 26).

"Working with Robert isn’t like working at all! We can’t stop taking about the classics and obscure golden oldies. We talk though the breaks while they move the cameras, check the lighting and do the touch-ups. I can’t stop when it comes to the subject of old films, and then I get Robert going, and then the crew and director finally say, ‘Ahh, Cher? We have a show to do.’ Robert and I laugh and become gown-ups again. We don’t work. We play every Friday night in April! Come have fun with us,"  commented Cher.  Cher last appeared on the network with Robert Osborne as a Guest Programmer in September 2011.
"It’s a great pleasure to be joining Cher in launching TCM’s new Friday Night Spotlight series," said Osborne. "Besides being an Academy Award winning actress and an electrifying stage performer, Cher loves movies, knows movies and has fascinating things to say about them. We’re also proud to claim her as one of Turner Classic Movies’ most passionate and knowledgeable fans."

A complete schedule for A Woman’s World: The Defining Era of Women. hosted by Cher and Robert Osborne, is included below.

"After Cher and Robert get things started in April, TCM’s Friday Night Spotlight will continue with a new host each month as it explores themes that range from specific film genres to forgotten gems worthy of a second look," said Charles Tabesh, senior vice president of programming for TCM. "We have designed this showcase to give longtime fans of classic movies the chance to see their favorites in a new light, while also giving newer fans the opportunity to expand their cinematic horizons." TCM will announce additional hosts and themes for the Friday Night Spotlight soon. 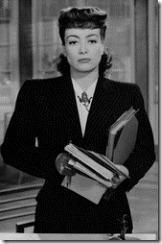