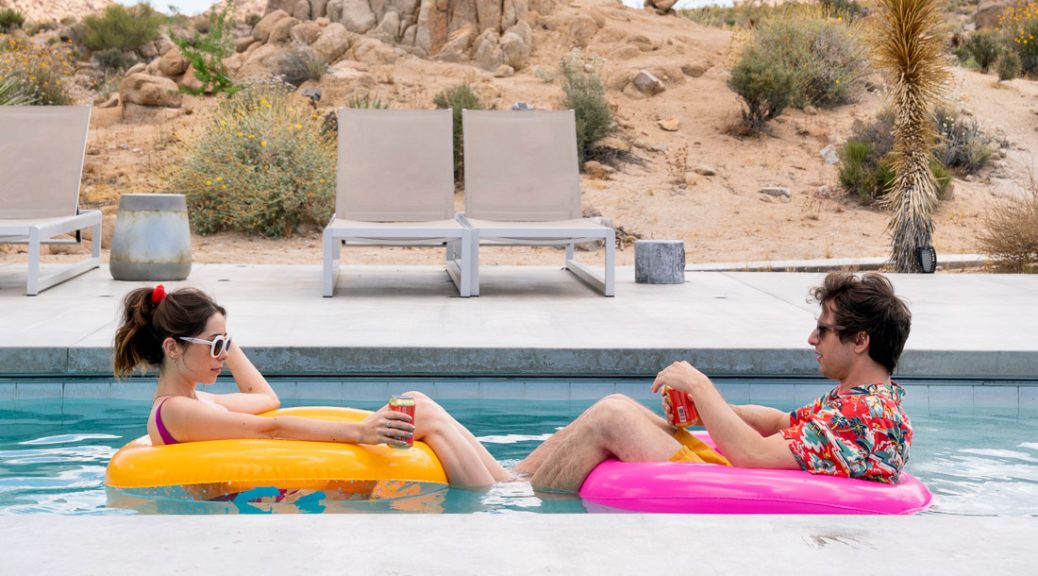 Hulu’s new film, Palm Springs, expands the kind Groundhog Day timeloop into a situation where more than one person is living one day over and over. In this case, the carefree Nyles (Andy Samberg) finds his timeloop expands when Sarah (Christin Milioti) somehow finds herself sharing his loop.

Palm Springs premieres on Hulu on July 10th. If it’s half as good as the trailer, it will worth multiple screenings.

Ever feel like every day is the same day? #PalmSpringsMovie premieres July 10.

ABOUT PALM SPRINGS When carefree Nyles (Andy Samberg) and reluctant maid of honor Sarah (Cristin Milioti) have a chance encounter at a Palm Springs wedding, things get complicated when they find themselves unable to escape the venue, themselves, or each other.