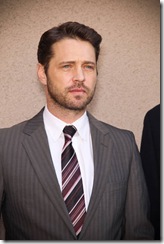 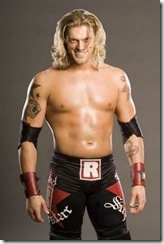 Syfy’s Haven [Fridays, 10/9C] is bringing two wildly disparate guest stars onto into the series for four-episode arcs: Jason Priestley and the WWE’s Edge®. For details on their arcs, follow the jump.

In Haven, Priestley plays Chris Weekly, a handsome but anti-social marine biologist who is forced to deal with an affliction most would consider a blessing — everyone suddenly loves him and will do anything he wants. Only Audrey Parker (Emily Rose) seems unaffected by Weekly’s ‘charms.’

A former Army Ranger felled by a supernatural affliction in Afghanistan, Dwight puts his tactical skills to use in Haven as the mysterious ‘Cleaner.’  Working in the shadows, he does the dirty work when it comes to covering up supernatural events — manipulating evidence, making things and people disappear — but when the new police chief (Lucas Bryant) reaches out to him, Dwight’s role expands and brings him face to face with the forces that nearly killed him on the battlefield.

In addition to the August 5 episode of Haven, Edge will guest star in the September 9, September 16 and September 23 episodes.

Haven is based on The Colorado Kid from renowned author Stephen King and is currently in production in Nova Scotia. The Syfy original series from leading independent producer Entertainment One is co-commissioned by Shaw Media in Canada and globally via Universal Networks International (UNI).

Haven is produced by Entertainment One and Big Motion Pictures in association with Piller/Segan/Shepherd and airs on Syfy in the U.S., Showcase in Canada and internationally on UNI’s multiple Syfy Universal channels. Entertainment One controls the worldwide distribution rights to the one-hour series and concluded a deal with Germany’s Tele München Group (TMG) for the television rights in Continental Europe.