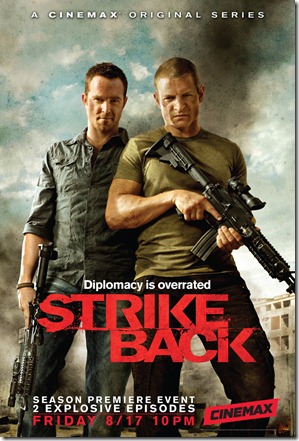 When Cinemax become co-producer of Strike Back (Fridays, 10/9C), it promised a show that would be action-packed and surprising. The biggest surprise that it wasn’t just brainless blowin’ stuff up real good. Instead, we got a series that was smart, witty (check out the tagline on the poster) and, yes, explosive.

Now the question is this: can Strike Back maintain the same high level of quality? After watching the Season Two trailer and a dramatic clip (see both following the jump), I would venture to answer in the affirmative. I know I’ll be checking it out tomorrow.