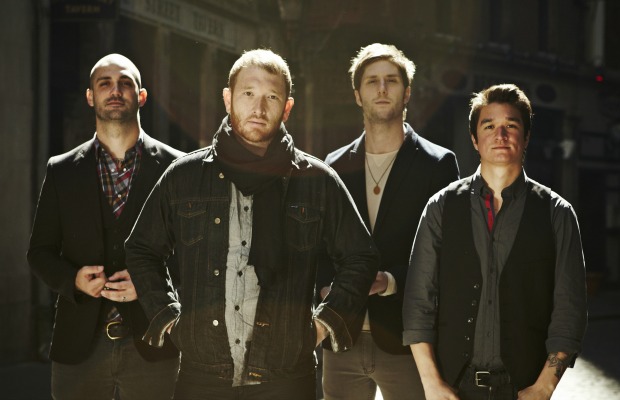 The band Go Radio has recently announced their upcoming fall 2012 tour beginning September 7th, 2012. They also will be touring with the band SafetySuit and Go Radio will be releasing their NEW album “Close The Distance” on September 18th, 2012. Check out the press release after the jump:

August 13, 2012 – Los Angeles, CA – Rising alternative rock band Go Radio has announced they will be joining SafetySuit for a fall U.S. Tour in support of their forthcoming album, Close The Distance, which is scheduled for release on September 18 from Fearless Records. The tour kicks off on September 7 in Philadelphia and wraps up October 5 in Houston.

Anticipation for Go Radio’s new album, Close The Distance, continues to build with the recent release of the band’s hot new single, “Go To Hell” which has garnered major buzz online amongst fans and critics alike. The debut of “Go to Hell” followed the release of the band’s wildly popular lyric video for their new song “Collide” a song which MTV.com described as “like stepping into a boxing ring with the pros: The track’s electric guitars hit like Manny Pacquiao jabs, while singer/guitarist Jason Lancaster belts like a heavyweight.”

Catch Go Radio on tour this fall and visit http://wearegoradio.com for more information
regarding the upcoming album, “Close The Distance”.

Go Radio “Close The Distance” is currently available to Pre-order at:
http://goradio.merchnow.com/
http://www.amazon.com/Close-Distance-Go-Radio/

Also you can download their latest single “Go To Hell” on Itunes at:
http://itunes.apple.com/us/album/go-to-hell-single/id547337729