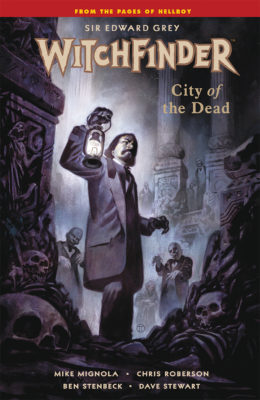 In this five part miniseries from Dark Horse Comics, Sir Edward Grey, occult adviser to the queen, must defeat scores of flesh-eating corpses on the loose in London.

Witchfinder: City of the Dead #1 will be in stores on August 31st. Pre-orders are being taken now. Follow the jump for more.