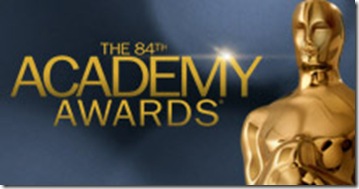 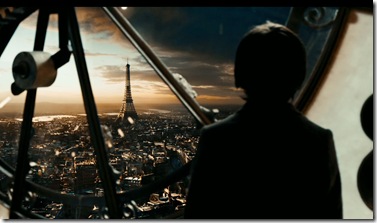 There are no losers in this category. Every one of these films is almost unspeakably beautiful to look at, with or without sound. The choice is between The Artist’s dazzling black & white, War Horse’s old school lushness, The Tree of Life’s kaleidoscopic universe, the stark, savage beauty of The Girl With the Dragon Tattoo, and the vivid intimacy of Hugo.

It might be because of the warm way the 3D of Hugo kind of wrapped its arms around the audience that makes it my choice. 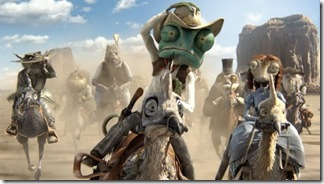 I’ve only seen clips from A Cat in Paris and Chico & Rita, but they don’t hold the same charm that I found in Arthur Christmas, so neither of them really did as much for me as the other three nominees [I’d suspect that they’re on the short list to compensate in some small way for The Triplets of Belleville losing in 2003, except the winner that year was Hayao Miyazaki’s wonderful Spirited Away – and I doubt most of the members of the Academy can remember that far back, anyway].

Of the three remaining, Rango had the best animation, the best script, the best cinematography and the best performances. It’s the best animated film I’ve seen since Pixar’s Up – and its equal. It’s also the most mature work. Thus, it’s my choice for the Oscar®. 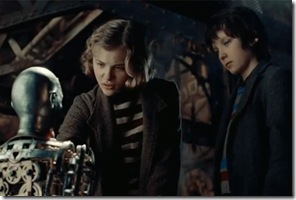 Few film adaptations can take brilliant source material and make it better. Such was the case for at least three of the films in this category. Of those, I enjoyed Hugo the most. I’d give it the Oscar®. 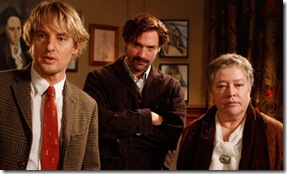 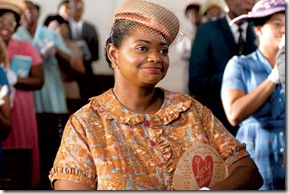 Ms Bejo won Best Actress for The Artist in the Caesar Awards [the French Oscars®] and is really The Artist’s female lead – which, for me, really excludes her here. The other four performances are knockouts, but the unexpected nuances of Melissa McCarthy’s performance in Bridesmaids and Octavia Spencer’s mix of anger, vengeance, compassion and love in The Help make them my favorite performances in this category.

I’d go with Octavia Spencer – though it was closer than I expected. 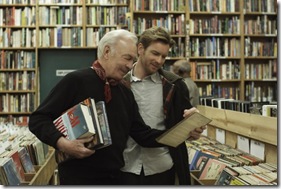 Jonah Hill was a revelation in Moneyball and Christopher Plummer give yet another of his uniquely amazing performances in Beginners. Max Von Sydow might sneak a win for being the only really good thing about ELIC, but I’d give Christopher Plummer the award because he was simply better – in a much better movie. 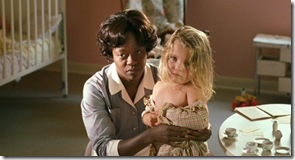 Of these, the only two that really stayed with me after leaving the theater were Rooney Mara’s Lisbeth Salander and Viola Davis’ Aibileen Clark. Oddly, both roles were characters who had a lot of anger and dignity – but where Salander let anger propel her, for Aibileen, it was love that made her who she was.

Viola Davis had the slightly more complex character and nailed it equally well so I’d give her the Oscar®. 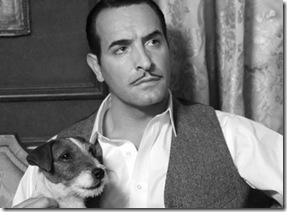 Of the performances I’ve seen, none are unrelatable; all are completely involving and easy to understand – if complex to portray. So, it comes down to pure entertainment. For that, I have to give the edge to Dujardin. So I would give Jean Dujardin the Academy Award®. All five of these films are brilliant. All are the handiwork of directors at the top of their game. Once again, it comes down to which film simply more fun to watch; which one entertained more. For me, that was Hugo. Martin Scorsese is my choice for the Oscar®. 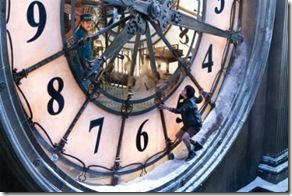 Two films don’t even belong on this list – War Horse is very good, but also very flawed [even if just for its occasionally exceptionally inappropriate score], while Extremely Clichéd & Incredibly Boring is a dull, uninspired waste of film.

I loved the other seven films on the short list, so it came down, once again to pure enjoyment [or a really involved series of coin tosses]. After rescreening each of the films, I have to go with Hugo – which is every bit as much fun in 2D as it was in 3D.

If I picked the Oscars®, these would be the winners. You’re mileage may vary. Now, on with the show!