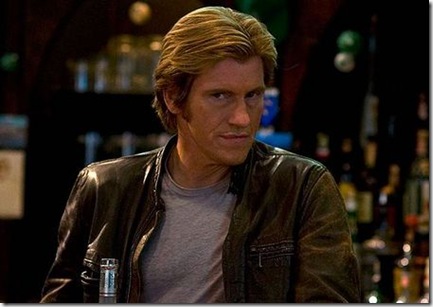 Season Six opens with a taut episode called Legacy [co-written by Leary and Peter Tolan; directed by Tolan], in which we see Tommy’s near-death experience as he experienced it – being welcomed to the ranks of the firefighters who died on 9/11 and then, unexpectedly, being somewhere else. Somewhere fiery – populated by phantasms of a totally different kind.

The result is, initially, shattering, but that’s just the beginning for Tommy. There are cost-cutting measures in effect in NYC and the crisis has everyone at 62 Truck on edge – making a visit by Tommy rather low on the list of priorities, and further demoralizing him. Plus, there’s the thing with Sheila [Callie Thorne] wanting him to talk his nephew Damien [Michael Zegan] out of being a firefighter; a surprising new development with Janet [Andrea Roth], and a troubling new habit for daughter Colleen [Natalie Distler] – and, trust me, we’re just getting started [wine isn’t booze? Really?].

As has been the case in the past, the first four episodes of Rescue Me’s sixth season are filled with sharply observed characters, most of whom can’t readily claim any sort of moral high ground – though most are working harder than Tommy to get there. Legacy sets the stage for some traumatic experiences and not just for Tommy – though Tommy is well on his way to hitting bottom.

In a way, some of the biggest events of the opening arc of the season provide Tommy with behaviors – and results of behaviors – that are mirrors to his own behavior and experiences. That’s certainly the case with Colleen’s arc, and what happens with Lou [John Scurti]. And where do you turn when much loved family members write you off?

One of the things I’ve loved about Rescue Me ever since it premiered is the way it balances the mundane aspects of the house’s crew with the enormity of what they do when they’re actually “at work” – and the way that is all balanced with the lives of the people who surround them. It’s like the way water ripples outward when you toss a pebble into it. The effects of everything that the crew goes through affect the lives of everyone who cares for/hates/is indifferent to them.

There’s a certain relentlessness to Rescue Me – and to Tommy’s succumbing to temptation every time he seems to be making progress. Now that we’re into the last two seasons of the series [production concluded only a few weeks ago], we know that Tommy will have to find redemption – or it will have to find him – before long. Otherwise, the series might just reach a point where it becomes unbearable for an audience, no matter how well it’s done.

The big question is this: if a horrific near-death experience and being written off by two family members who were among his staunchest supporters couldn’t make Tommy turn over a new leaf, what will? Regardless of what that event might be, it will have to be a doozy! Knowing that adds a great deal of impact to Rescue Me’s sixth season.