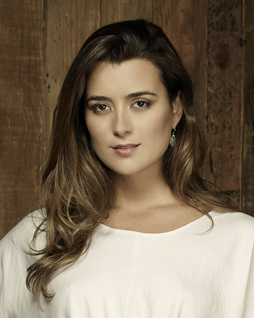 COTE DE PABLO TO STAR IN CBS’S UPCOMING MINISERIES “THE DOVEKEEPERS,” TO BE BROADCAST IN 2015

From Executive Producers Roma Downey and Mark Burnett, The Miniseries Is Based on Acclaimed Author Alice Hoffman’s Bestselling Historical Novel About the Siege of Masada

LOS ANGELES – Cote de Pablo will star in THE DOVEKEEPERS, a four-hour CBS miniseries event from executive producers Roma Downey and Mark Burnett, which will be broadcast in 2015.  The project is based on Alice Hoffman’s acclaimed historical novel about four extraordinary women whose lives intersect in a fight for survival at the siege of Masada.

De Pablo will play Shirah, one of the four women, who is a sensual, mysterious and fiercely independent single mother with uncanny insights and a quiet and mysterious power.  She is derided by many as the “Witch of Moab,” as she covertly practices forbidden ancient rites of magic and is keenly knowledgeable about herbal remedies.  However, those in need don’t hesitate to approach her for her help and generosity of spirit.

“We are thrilled to have Cote de Pablo starring in THE DOVEKEEPERS,” said Roma Downey.  “Her talent, strength and beauty will light up the screen in the important role of Shirah.”

Cote de Pablo starred as Special Agent Ziva David for eight seasons on the hit series NCIS, on the Network.  Her additional television credits include a starring role in the series “The Jury” and guest appearances on “The $treet,” “Fling” and the Network’s “The Education of Max Bickford.”  In addition, she hosted a popular Latin-themed television talk show, “Control,” with media personality Carlos Ponce.  She received an Imagen Award and an Alma award for Best Supporting Actress in a Drama Series, and she was nominated for both awards in the same category the following year as well.

Her feature film credits include the upcoming project “The 33,” based on the true story of the rescued Chilean miners, which also stars Antonio Banderas and Juliette Binoche.  Her feature film debut was in “The Last Rites of Ransom Pride” from director Tiller Russell, with Kris Kristofferson, Dwight Yoakam and Jason Priestley.

On stage, de Pablo appeared in “The Mambo Kings” and “Measure for Measure,” the latter being for Public Theatre’s Shakespeare in the Park.

Born in Chile, de Pablo moved with her family to Miami at the age of 10. In addition to being a National Foundation for the Arts Finalist, she holds a BFA in Acting and Musical Theatre from Carnegie Mellon University.

Set in ancient Israel, THE DOVEKEEPERS is based on the true events at Masada in 70 C.E. After being forced out of their home in Jerusalem by the Romans, 900 Jews were ensconced in a fortress at Masada, a mountain in the Judean desert. Besieged at Masada, the Jews held out for months against the vast Roman armies. The miniseries will recount the unfolding events from the perspective of four extraordinary women who arrive at Masada with unique backstories, but who share a common bond for survival.

Hoffman’s novel was first published in 2011 by Scribner, an imprint of Simon & Schuster, earning the New York Times’ bestseller status and widespread critical acclaim, including being hailed by Nobel laureate Toni Morrison as “a major contribution to 21st century literature.”

Executive producers Roma Downey and multiple Emmy Award winner Mark Burnett (“Survivor,” “The Voice”), under their banner LightWorkers Media, are the production team behind the Emmy-nominated 10-hour miniseries “The Bible,” which scored big ratings last year, and the feature “Son of God.”