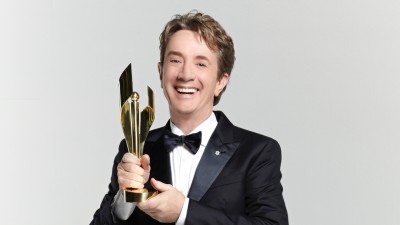 Martin Short, Canadian comedy icon, will be honored with the Academy’s Lifetime Achievement Award at the 2016 Canadian Screen Awards. (Who says a prophet is without honor in his own country?)

TORONTO | MONTREAL, January 12, 2015 – Comedy icon Martin Short will be honoured with the Lifetime Achievement Award at the 2016 CANADIAN SCREEN AWARDS, it was announced today by the Academy of Canadian Cinema & Television.

“Martin Short’s creativity, talent and exuberance are boundless,” says Academy Chair Martin Katz. “In movies, television shows and on stage, his sharply-observed comic characters have won him a loyal following among audiences and critics around the globe. Throughout, he has remained an enthusiastic supporter of the industry here at home. We were elated with Marty’s invaluable contribution to the Academy’s re-branding and the launch of our Canadian Screen Awards as host of the first two successful broadcast galas.”

“Marty is a national treasure and we are thrilled to add him to our Canadian Mount Rushmore of comedy,” says Barry Avrich, Executive Producer of the 2016 Canadian Screen Awards.

A long-standing friend of the Academy, Short hosted the Canadian Screen Awards in 2013 and 2014. He has received five nominations and won the Academy’s Earle Grey Award for acting in 1995.

This Hamilton native displayed his talents on numerous television series, specials and TV movies, including Curb Your Enthusiasm, How I Met Your Mother and Mulaney. Recently, he’s added dramatic roles to the mix, including an Emmy-nominated run in the legal series Damages.

On the big screen he has created outstanding characters in Three Amigos, Innerspace and both Father Of The Bride movies.

On Broadway, Martin picked up a Tony Award for his part in Little Me and a nomination for The Goodbye Girl. Recently he toured with Steve Martin in An Evening You’ll Forget for the Rest of Your Life.

Martin Short is a Member of the Order of Canada and author of the 2014 memoir: I Must Say: My Life As A Humble Comedy Legend.