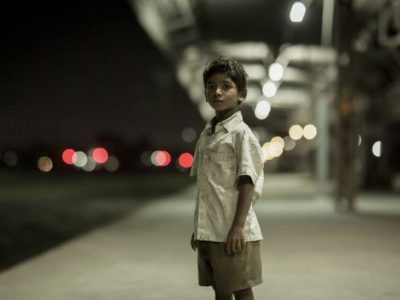 The story of Saroo Brierley is one of epic proportions to the point that if it were fiction it might be hard to believe.

How an Indian child of five could fall asleep on a decommissioned train in Ganesh Talai in the Khandwr Province of India and wind up in Calcutta, in Bengali Province and then survive for two years on the streets before being placed in an orphanage and being adopted by an Australian couple… Well, it’s like something out of an international soap opera – only it’s true.

When young Saroo (Sunny Pawar) persuades his brother, Guddu (Abhishek Bharate) to take him to work one night, the two are separated and Saroo, after falling asleep, climbs into an empty train looking for his brother. He falls asleep and, when he awakens, the train is moving.

After two days, he finds himself in Calcutta, where lives on the streets except for one occasion when a woman takes him home, feeds him and introduces him to her friend – who clearly has less than wholesome motives in seeing the boy. 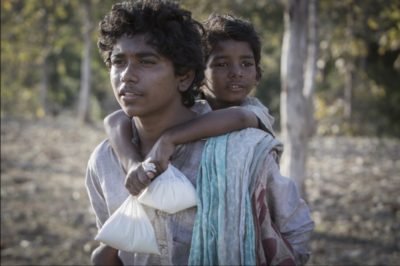 He might not know quite what’s going on, but he flees and, eventually, is taken to an orphanage. From there, a kind-hearted social worker finds him a home with John and Sue Brierley (David Wenham and Nicole Kidman).

A year later, they adopt another Indian boy, Mantosh (Keshav Jadhav) who, it turns out, is more than a little troubled.

Cut to twenty-five years later and Saroo (now played by Dev Patel) is taking a course in hotel management, where he meets and falls in love with Lucy (Rooney Mara) – and it through knowing Lucy that he’s at a gathering where someone suggests he might be able to find his home by using this new internet thing called Google Earth.

At first, he kind of pooh-poohs the idea but then, one night he takes a look at the website and before long, he’s doing nothing but looking for his home – costing him his social life and his girlfriend. 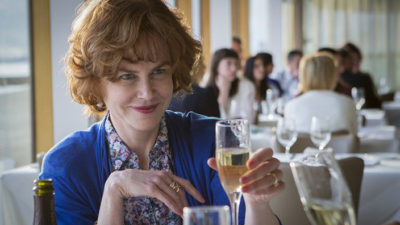 Then, one day he finds it – and has to explain his search to his mom and dad. He’d kept it secret from them because he didn’t want to hurt them, but they are both on board.

What he finds is both wonderful and sad – but entirely worth the time and the journey.

It would easy for Lion to be an overly manipulative film – pulling tears and laughter from its audience via trite, contrived emotional beats – but because it’s a true story and both the writing and direction flow in a natural, unforced way (for the most part), it evokes emotions without seeming to pry them from us.

Pawar is an amazing actor. That his young Saroo is capable of surviving on his own at such a tender age is completely believable because he is convincing. His sense of fun and his relationship with his brother, sister Shekila (Khushi Solanki) and mother (Priyanka Bose) also make it believable that he could recall his home so clearly.

Patel’s grown Saroo is a strong, capable man who loves his family and would never do anything to hurt them. We believe he keeps his search for his original home a secret because he’s afraid they’d be hurt – but we also believe his shift from the career-minded young man to the driven seeker because Patel never overstates anything in his performance. 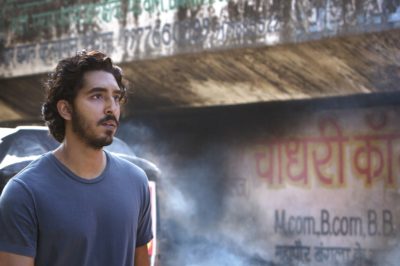 Kidman allows herself to be just about the most normal, caring mom a boy could ask for. She loves her boys and thrilled that Saroo has located his hometown – she really wants his birth mother to know he’s alive and see how well he’s turned out.

When she tells Saroo why she and John adopted instead of having their own children, she takes what could be seen as a purely logical idea and transforms it into an act of pure love.

First time feature director Garth Davis gives us a taste of India in some beautifully sweeping shots and then contrasting them with the almost claustrophobic warrens of Saroo’s hometown. He tracks Saroo’s journey from Ganesh Talai to Calcutta by juxtaposing overhead tracking shots with snatches of interiors that show Saroo alone on this decommissioned train.

By the film’s conclusion, we feel everything Saroo has felt – including the joy at finding his birth mother. As the credits roll, we get to see footage of Saroo introducing his two moms to each other – the perfect final touch.

A chyron that runs before the credits roll explains the film’s title. It seems appropriate.