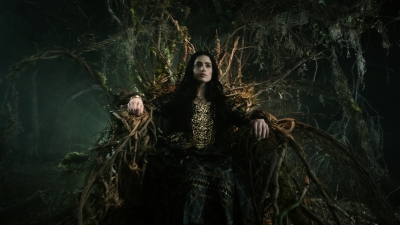 HEATHENS BEWARE: A WITCH WAR HAS BEEN DECLARED

LOS ANGELES, Nov. 25, 2014 – In anticipation of the season two return of “Salem,” WGN America’s breakout hit original series, the network has released a haunting teaser trailer for the 13-episode season premiering in April.  The video features the ruthless Mary Sibley (Janet Montgomery, “Human Target,” “Made in Jersey”), Salem’s most powerful enchantress, declaring the Witch War that is at the epicenter of the all-new season.  In “Salem” season two, the Grand Rite triggered at the end of last season is now underway and death is in the air.  In order to bring her plan to completion, Mary must not only control Captain John Alden (Shane West, “Nikita,” “ER”) and the citizens of Salem, but also those lurking in the shadows who seek the power she wields.

“Salem,” called “perversely entertaining” by The New York Times, is a bold re-imagination of the infamous 17th century witch trials in colonial Massachusetts.  In the first season, Captain John Alden returned home after seven years at war only to discover that his true love, Mary, wed his old (and wealthy) nemesis George Sibley.  During his years on the battlefield, Mary has emerged as a true power broker in a Puritan town fully immersed in witch panic.

Throughout a fiery first season, filled with wicked deceit and shocking revelations, John and Mary found themselves navigating a supernatural world where paranoia, revenge, evil and hysteria reign. Ultimately, John risks his life for Mary, even after learning that she is the ruling witch of Salem who is at the center of all the mayhem plaguing the embattled village.

Created and written by Brannon Braga and Adam Simon, “Salem” is executive-produced by Braga, Simon, and Prospect Park’s Jeff Kwatinetz and Josh Barry.  Filmed on location in Shreveport, LA, the series is produced by Fox 21.